The Real Wedding of Jenny & Donnie 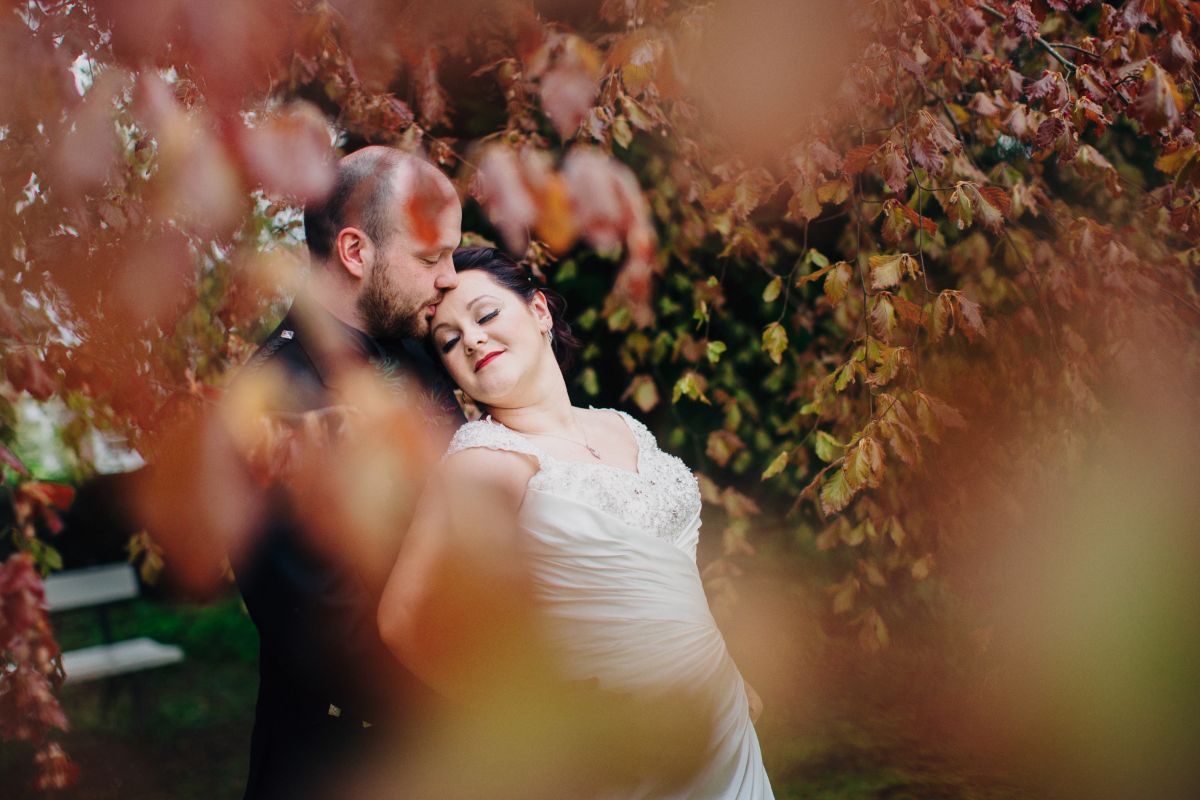 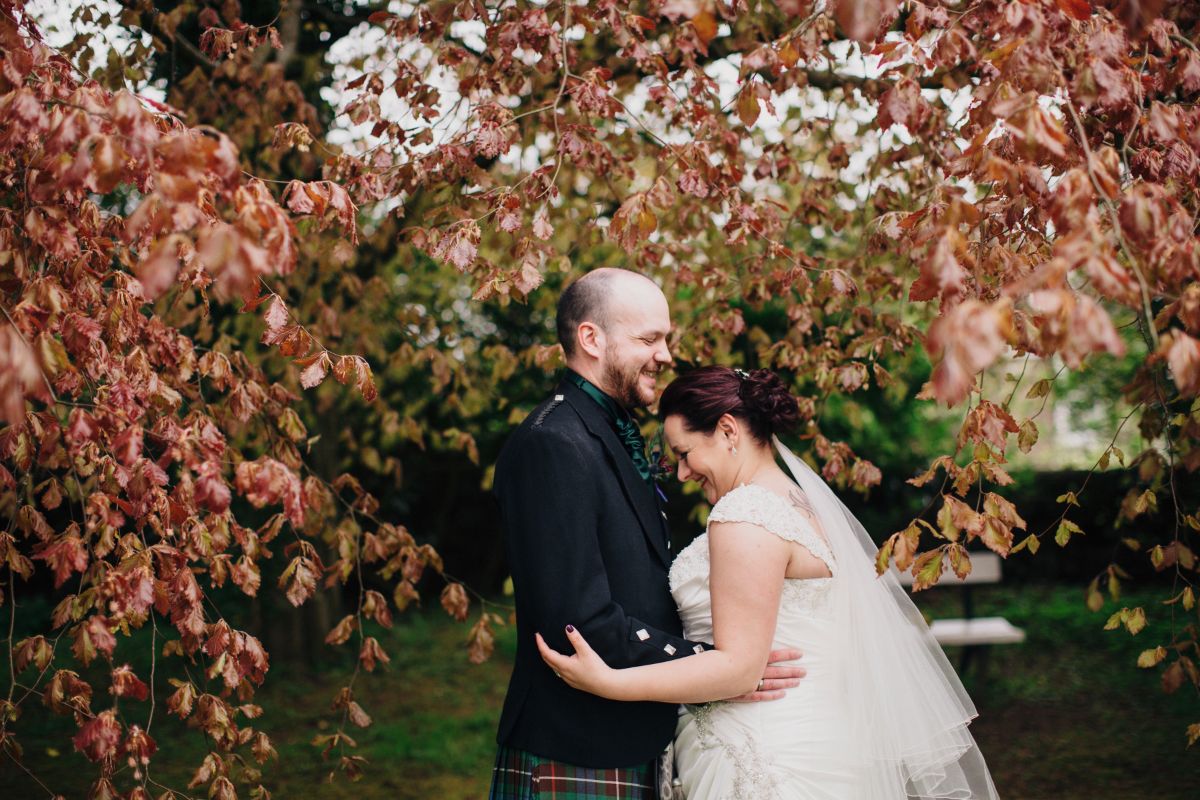 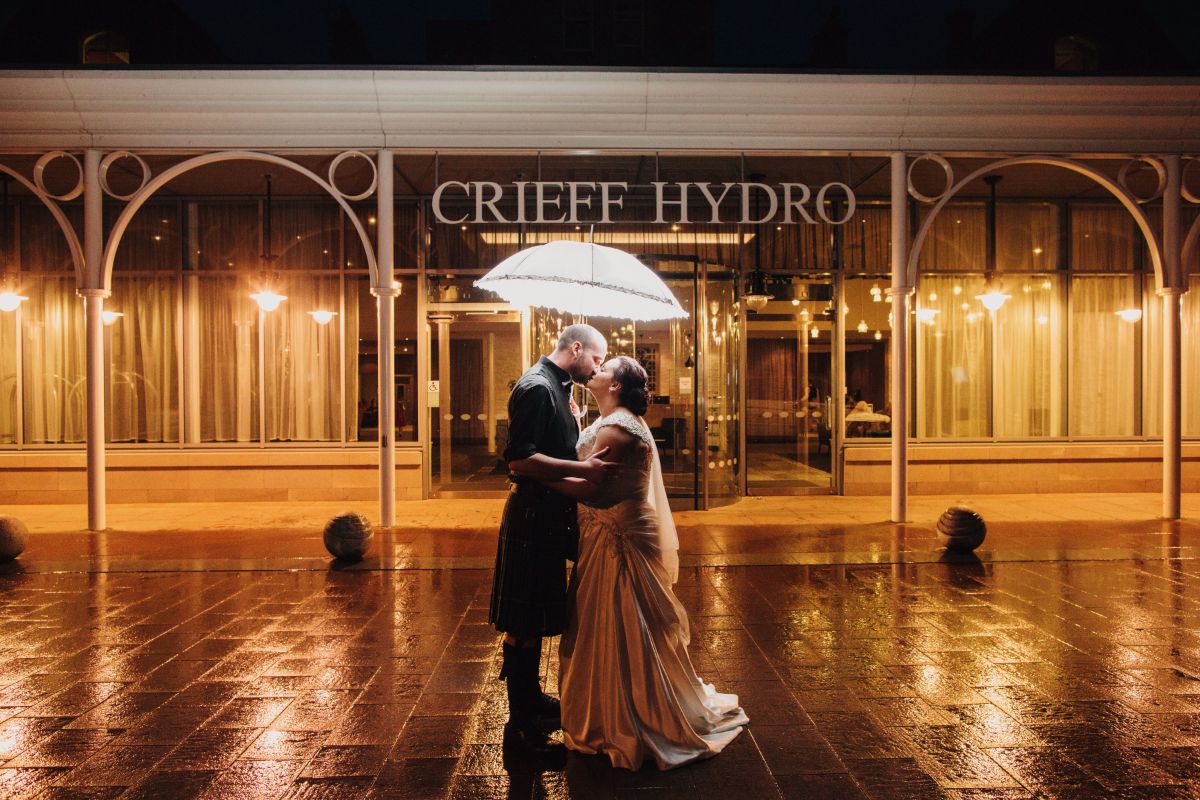 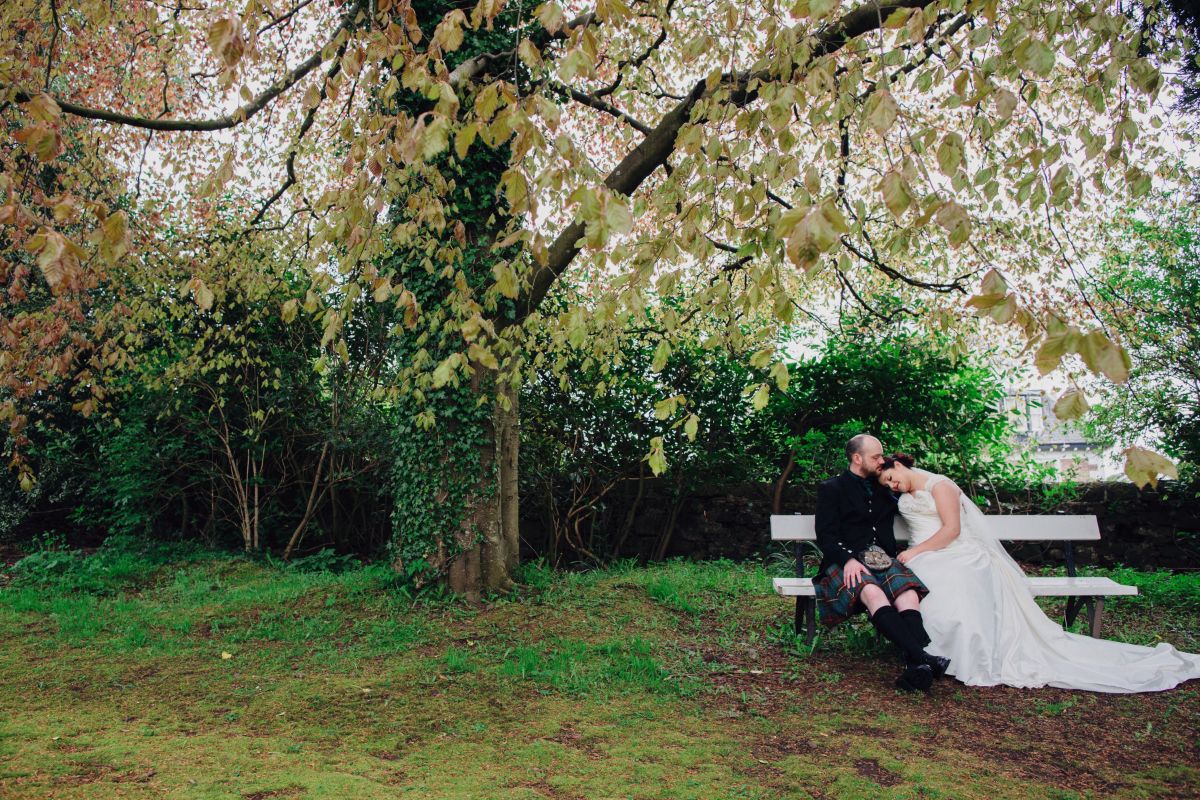 The Gallery for the Real Wedding of Jenny & Donnie

How did you meet?
In 2006 Donnie and I both started Cadetships at City of Glasgow Nautical College, to become Merchant Navy Deck Officers. Despite promising my mother that I was a career woman now, and had no interest in meeting a boyfriend (I was sixteen at the time), Donnie and I became an item after only two weeks, when I asked to him to help fend off some unwanted advances, by pretending to be my boyfriend. I didn’t think he would take the position so seriously, but I’m glad he did.

Did you have a theme for the big day? What made you choose the month of May?
We picked May because we wanted to make the most of the Bank Holiday Weekend and the usual good weather that comes with it. Luckily the Victorian Gardens were in full bloom, and we got some amazing colours in our photos.

The theme for our wedding was ‘Good Food, Good Wine, Good Music, Good Time’. Donnie and I had friends and family gathering from all over the world, and we really wanted to focus on the celebration of our marriage.

For the visual aspects of the day, I was actually inspired by a peacock feather flower display we saw at a Crieff Hydro Wedding Show. The display incorporated all of our favourite colours purple, teal and gold, and this became the colour scheme for the wedding.

How did you know that Jenny/Donnie was ‘The One’?
Donnie – Our relationship has endured a lot, and we’ve spent more time apart than together since we first met, but the idea of spending the rest of our lives together, was one that just made sense. Our jobs will never let us get as much time together as we’d like, but that’s only made us stronger as a couple. There’s no-one else I’d rather be married to.

Jenny – Due to the nature of our job, Donnie and I spend more than six months of the year apart, the longest stretch being eight months in a row. It’s not an easy way of life and many people wouldn’t understand or be able to tolerate the long distance.

And importantly, as I said in my vows, he knows when to make the tea and when to pour the wine.

What was your favourite part of the day?
Jenny – It’s very hard to choose because our whole day really was incredible. Besides the ceremony I honestly think the next best part might have been the food. As a huge foodie, the food at the wedding was very important to me. From the canapés, wedding breakfast and profiterole tower wedding cake, to the bacon at the bacon roll buffet, our friends and family still talk about how well fed and watered they were throughout the day.

Donnie – Having all of our friends and family around us was fantastic. You can’t not enjoy yourself when the entire day is essentially one big party with everyone you love.

How did you feel on the wedding morning? Did you have any pre-wedding jitters, if so what helped you get past them?
Jenny – I had the best time on my wedding morning! I spent the hours before being pampered with hair and make-up, surrounded by best friends and family, feeling very relaxed. I’d checked and double checked all the plans a few days before so there was nothing to worry about a few hours before the wedding. The team at Crieff Hydro were all on hand to deal with anything that came up.

Donnie – Nervous doesn’t even begin to cover it. The worst part for me, was that once the kilt was on there wasn’t a whole lot for me to do, so I was standing around waiting for people to start arriving. This is the point where you need your groomsmen and best man lightening the mood and taking your mind off the enormity of the day.

Even though I was nervous, I never had any doubts. It wasn’t the idea of getting married to Jenny that had me nervous, it was just the idea that I might forget my vows, or say the wrong thing or stand in the wrong place. In the end, it all turned out perfectly.

Who proposed and how did they do it?
Donnie proposed on our 5th Anniversary while on holiday. Whenever he would buy me a gift, he would tease me with a riddle to see if I could guess what it was. The Riddle for my anniversary gift was: ‘It’s very big, it’s quite shiny and it’s very impractical’.

I later learned the original plan was to go for a walk on the beach before dinner on our last night, and he would propose there. However, after a romantic dinner and some lovely wine the night before, Donnie couldn’t wait any longer and asked me to give a final guess. After a few wrong guesses, I finally worked it out. The answer was Donnie. He’s very tall (very big), he had joked a bit about a thinning hair line (shiny head) and he’s a nightmare trying to organise anything (very impractical).

When I asked him to clarify, he took out the ring box, got down on one knee and asked if I wanted to have him for the rest of my life? Of course, I immediately burst out crying and said yes.

What was the most romantic thing that happened on day?
Jenny – The most romantic part was definitely Donnie’s vows during our ceremony. It was a very special moment and very heartfelt. There wasn’t a dry eye in the room.

Donnie – The whole day was fantastic, but the one part that stood out for me was at the start of the dancing in the evening. Just before our first dance Jen surprised me by getting up on stage and singing for me. Apparently she’d arranged it in secret with the band, and nobody else was expecting it either. It was a great wee surprise to have on the day.

Did anything funny or unexpected happen on the day?

Not on the wedding day, thankfully! But while driving between the venue and our home, we were involved in a road accident and hit by another car. Gratefully the damage was small and neither of us were injured. We had arranged to meet friends and family in the bar at Crieff Hydro the night before the wedding, and to have a rehearsal for the ceremony, all of which Donnie was forced to miss and instead spent the evening at the police station reporting the incident. We’re glad that was the only bad thing to happen that weekend.

What was the most memorable part of your big day?

Jenny – It’s very hard to pick one thing because we were blessed with such a wonderful wedding and it all passed by so quickly. The biggest memory of the day is just how much love and laughter there was in the room for us both. We couldn’t stop smiling and laughing.

Donnie – The whole day was perfect, I don’t think I can really pick any one thing. We were lucky in that everything went off perfectly, there were no issues and there was no drama. We couldn’t really fault it.

What would be your one key piece of advice bride to bride & groom to groom?
Jenny – Please yourselves. It’s very easy to get caught up in what other people’s expectations of your wedding might be. Focus on the things that are important to you both.

Donnie – The people you surround yourself with can make all the difference. Get your groomsmen and bridesmaids right and they’ll take a lot of the pressure off you both on the day. 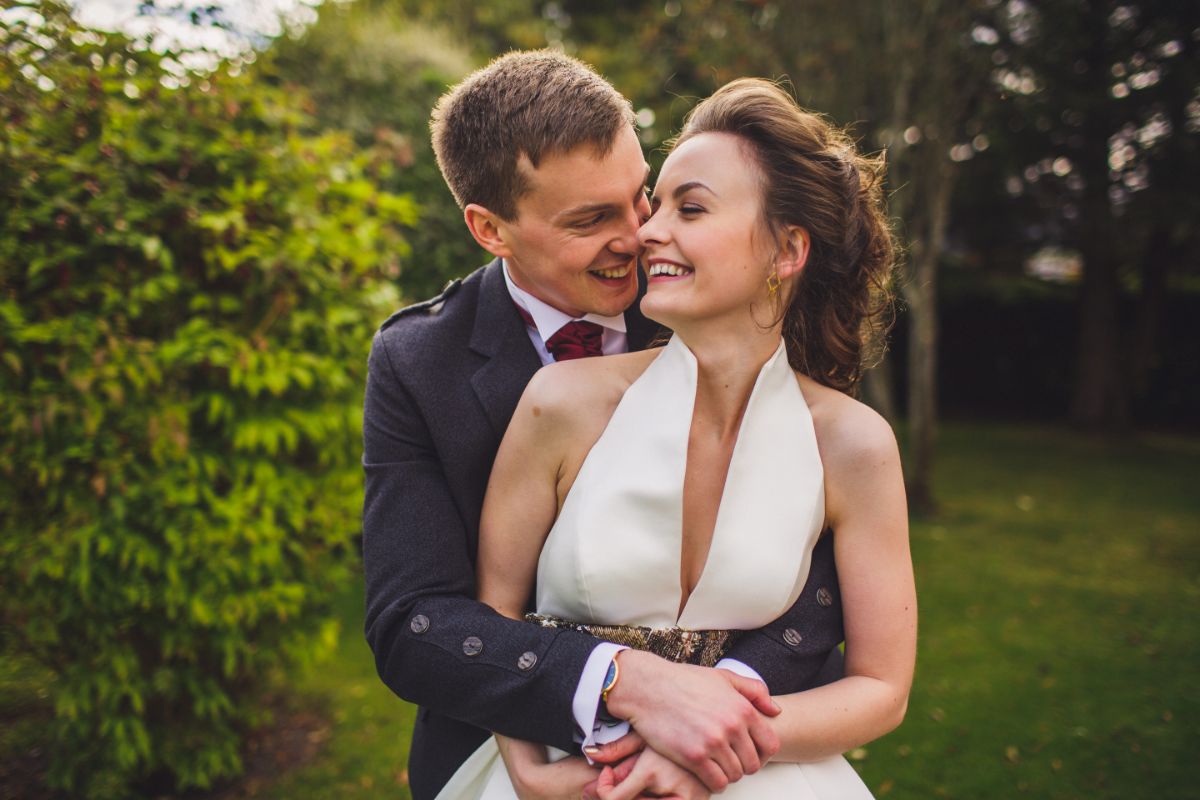 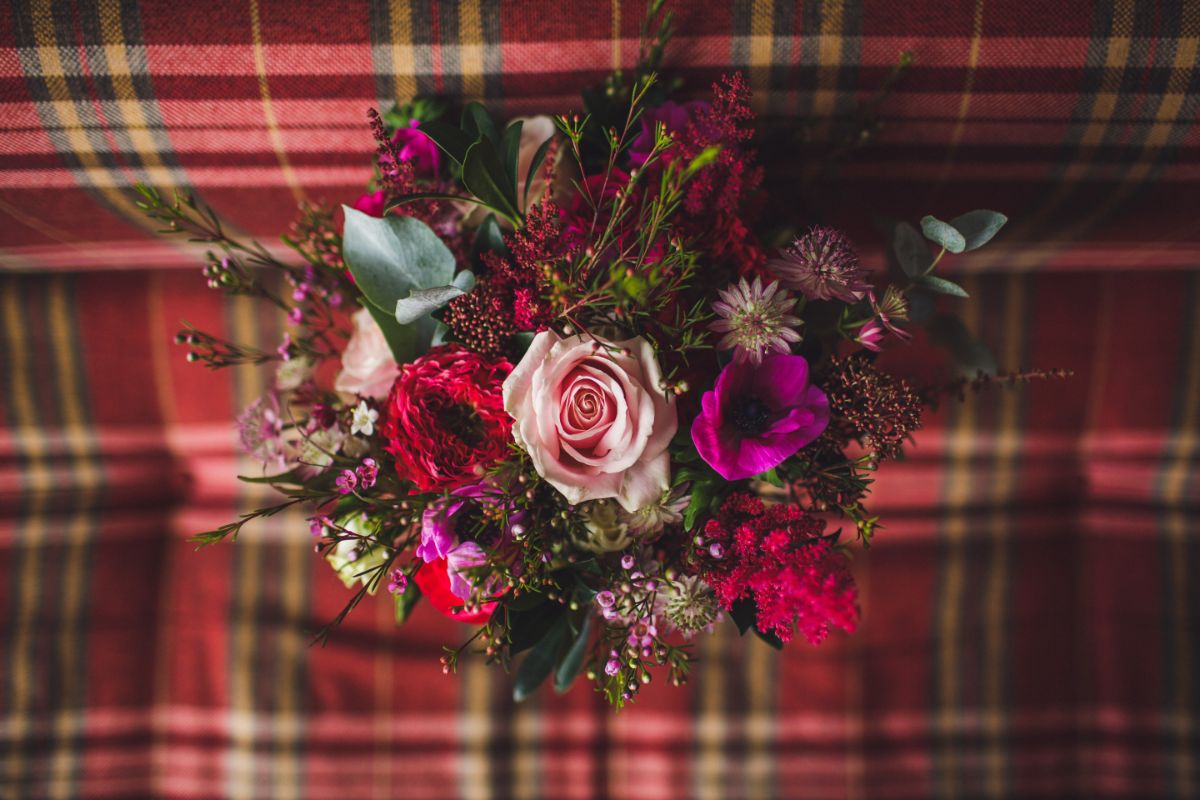 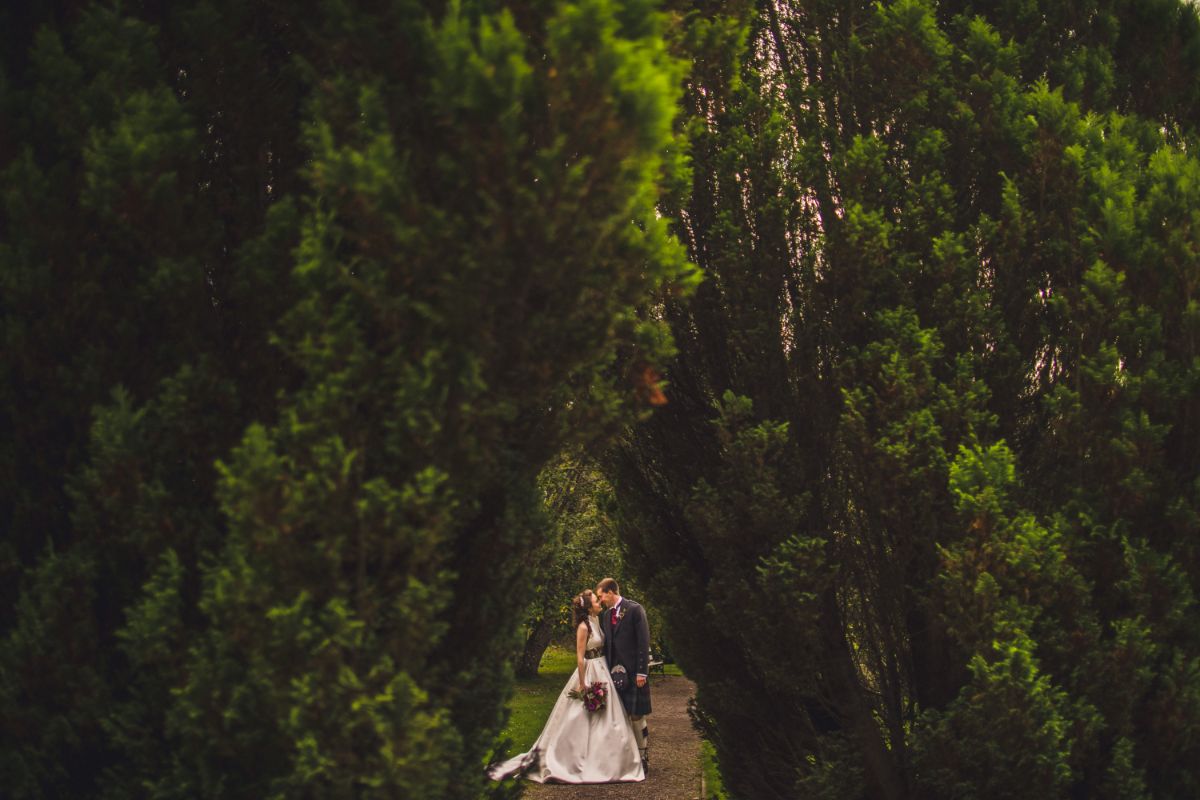 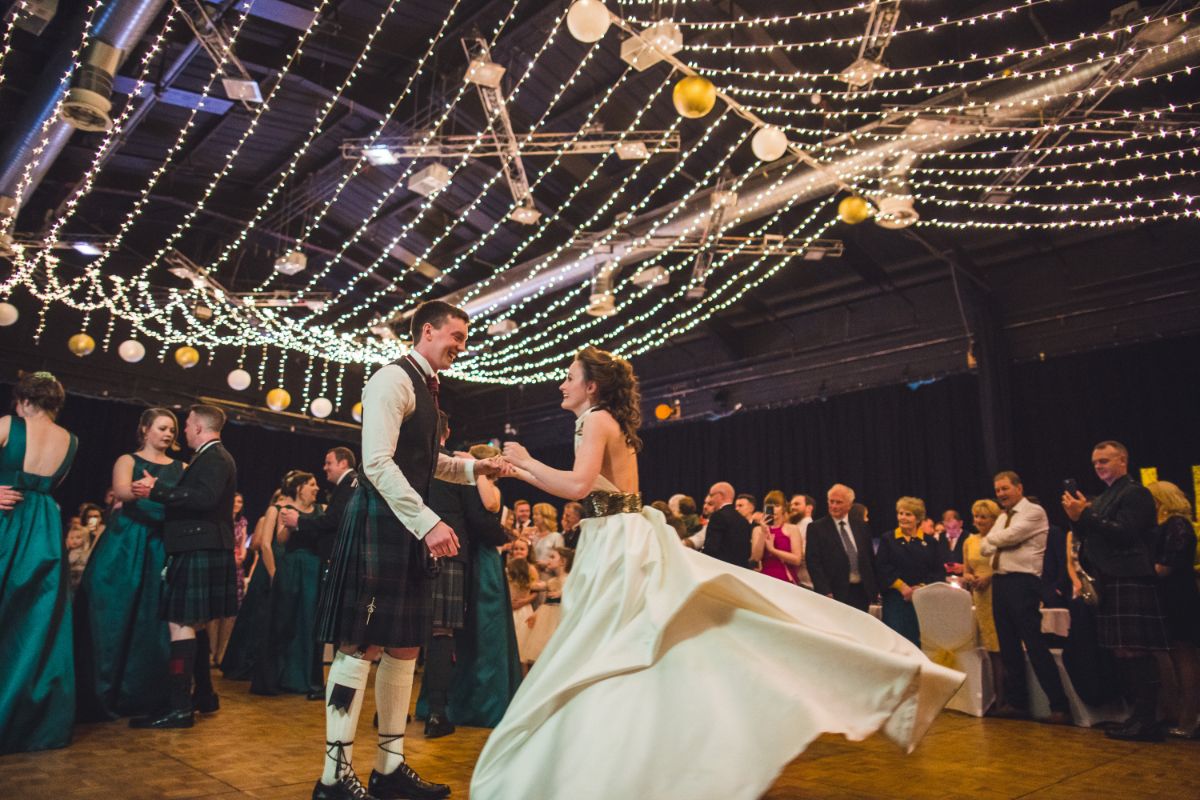 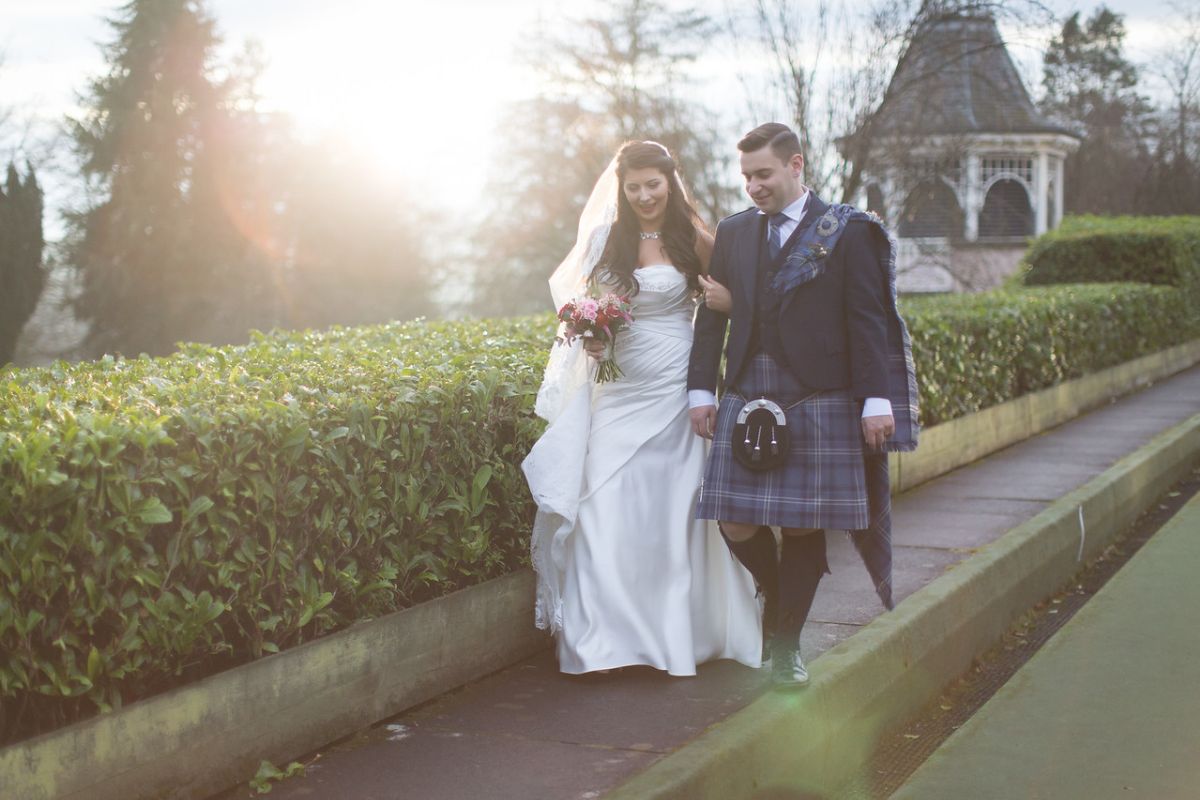 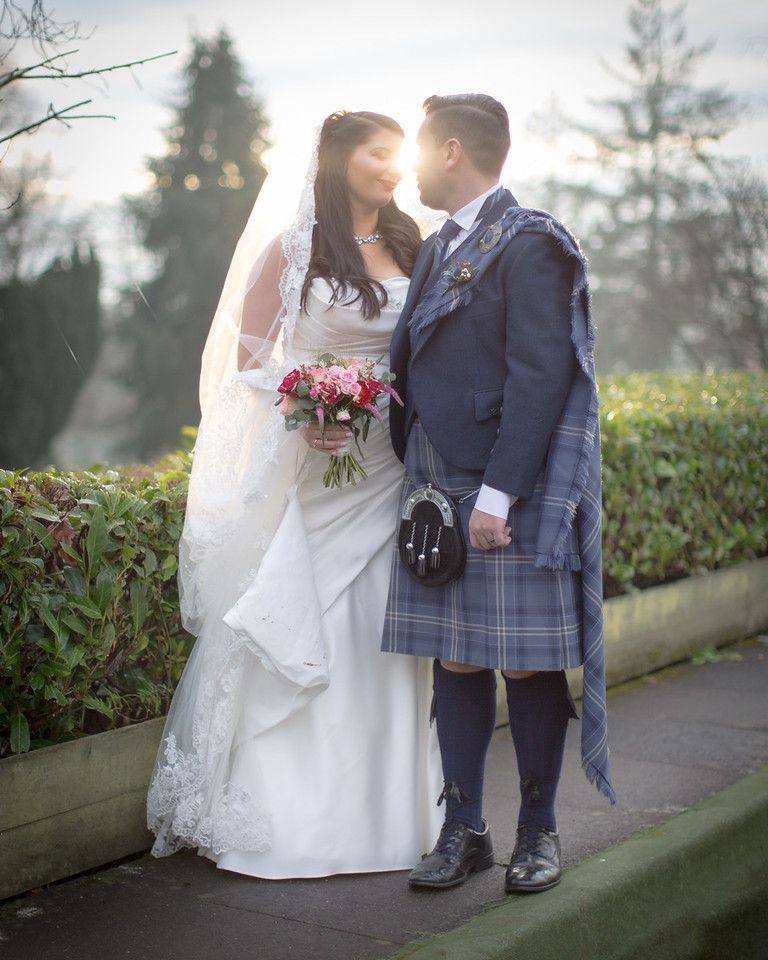 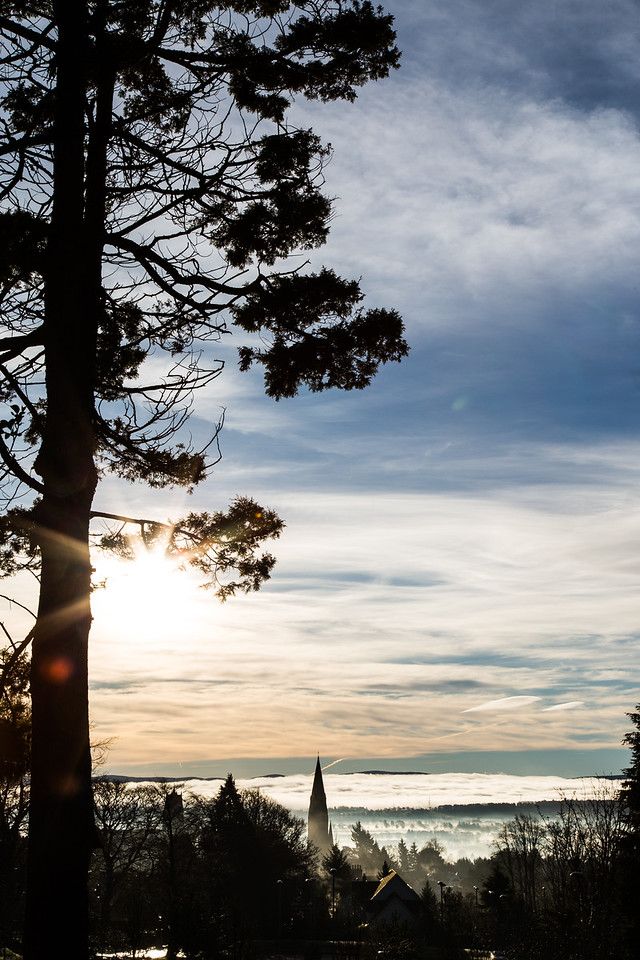 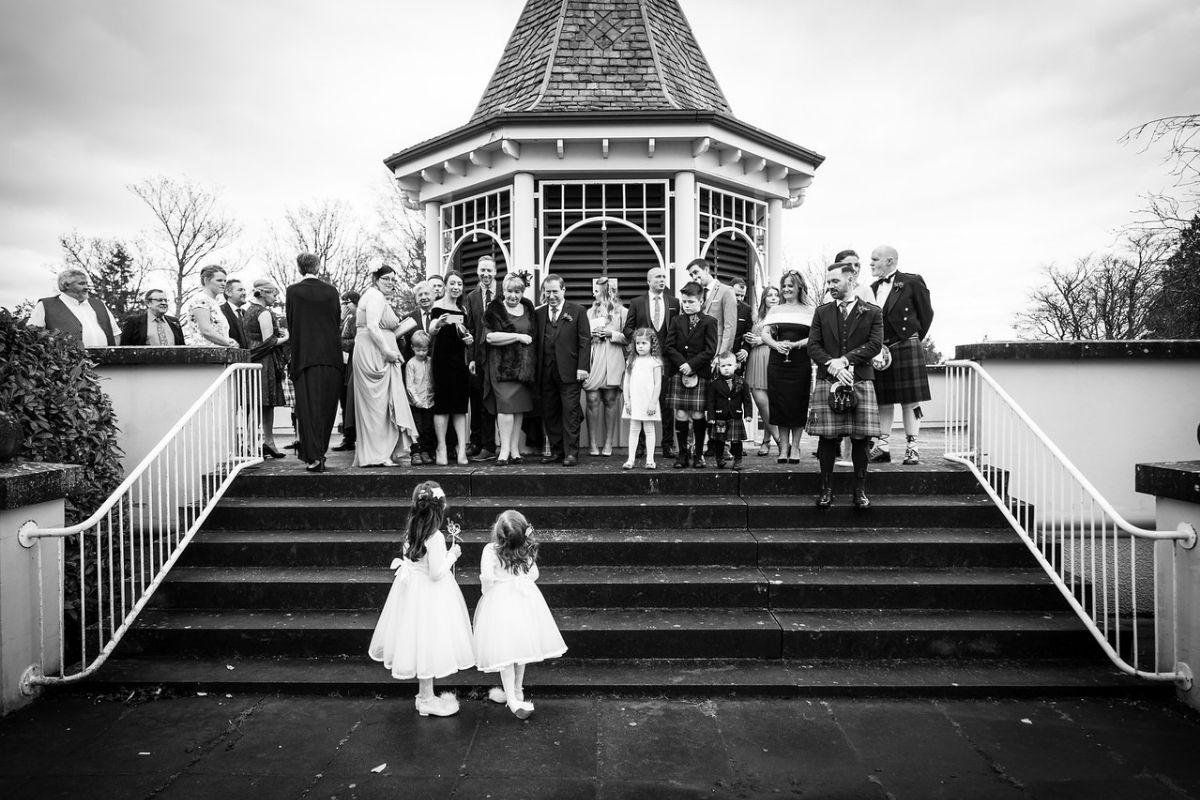 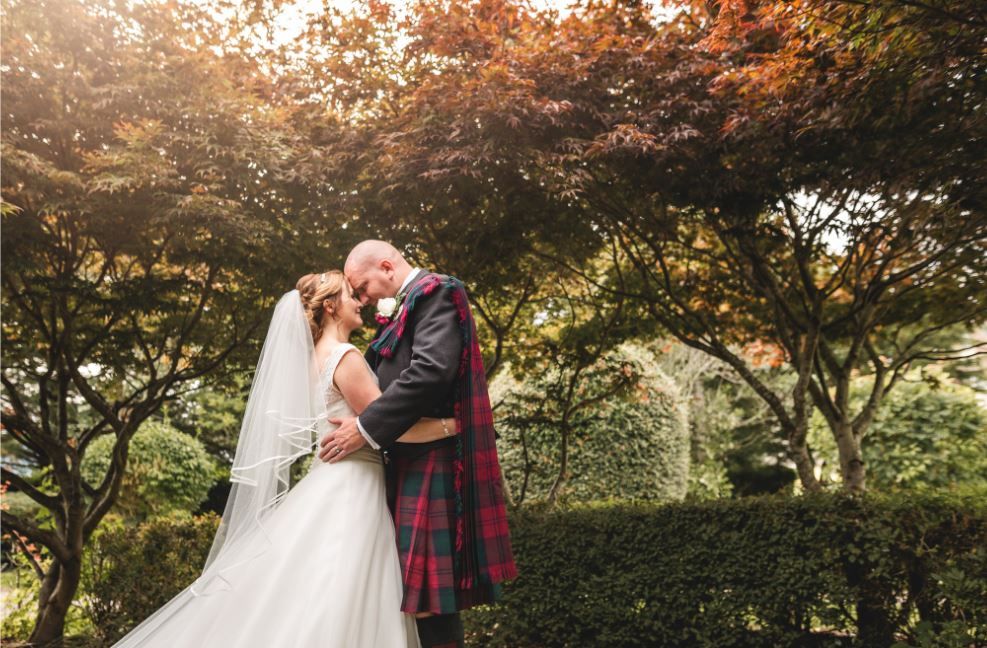 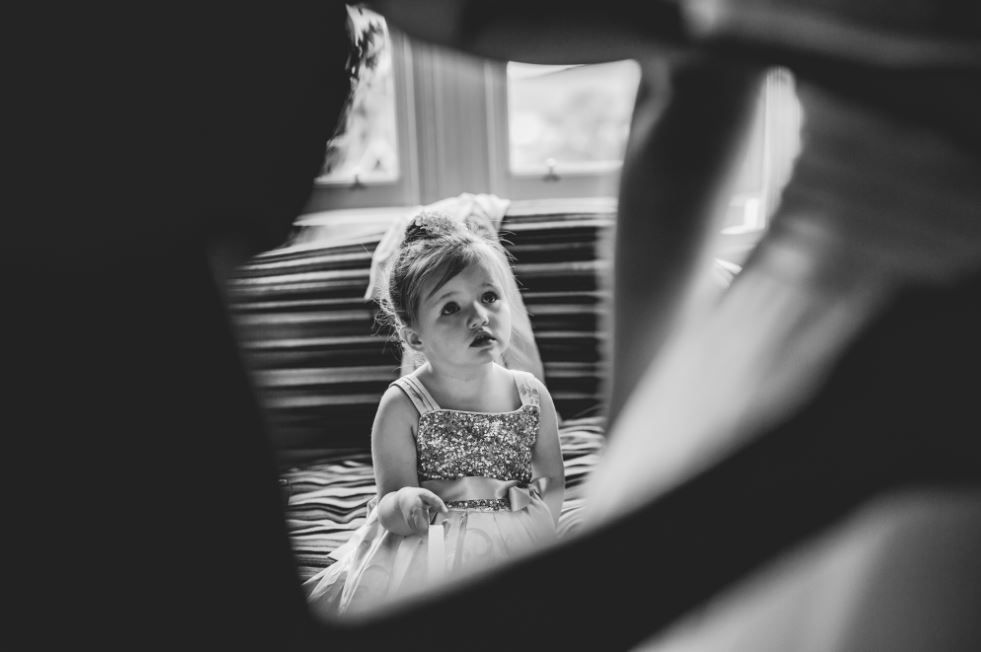 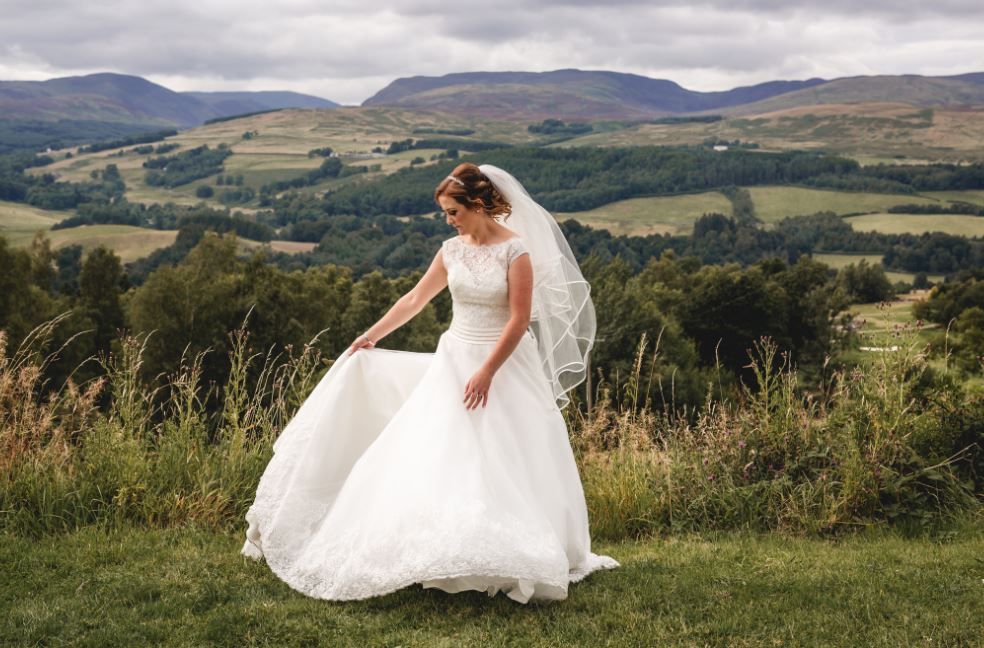 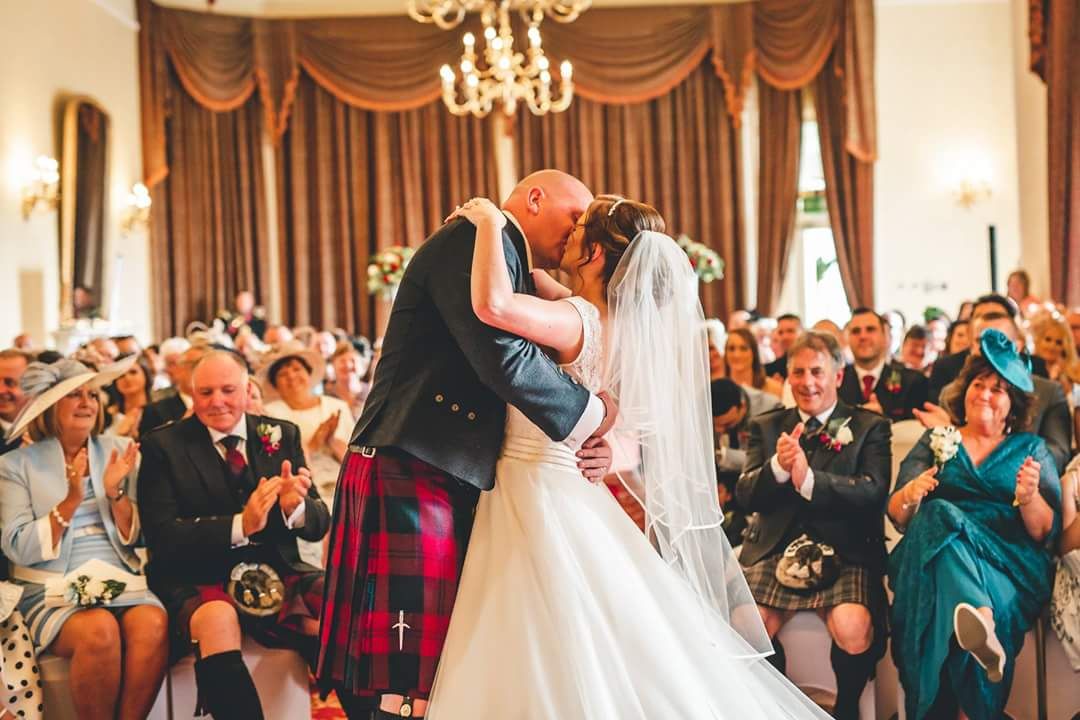