The Real Wedding of Emma & Jo 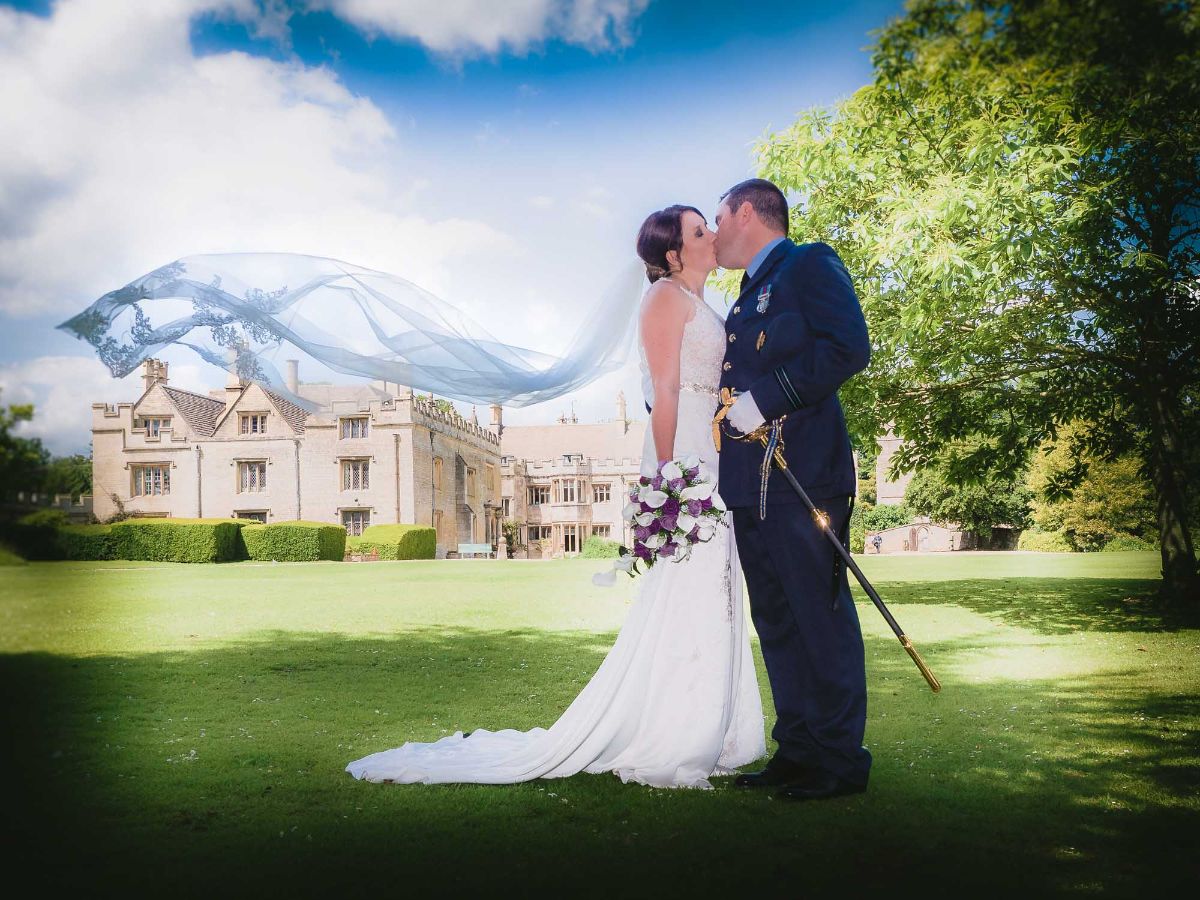 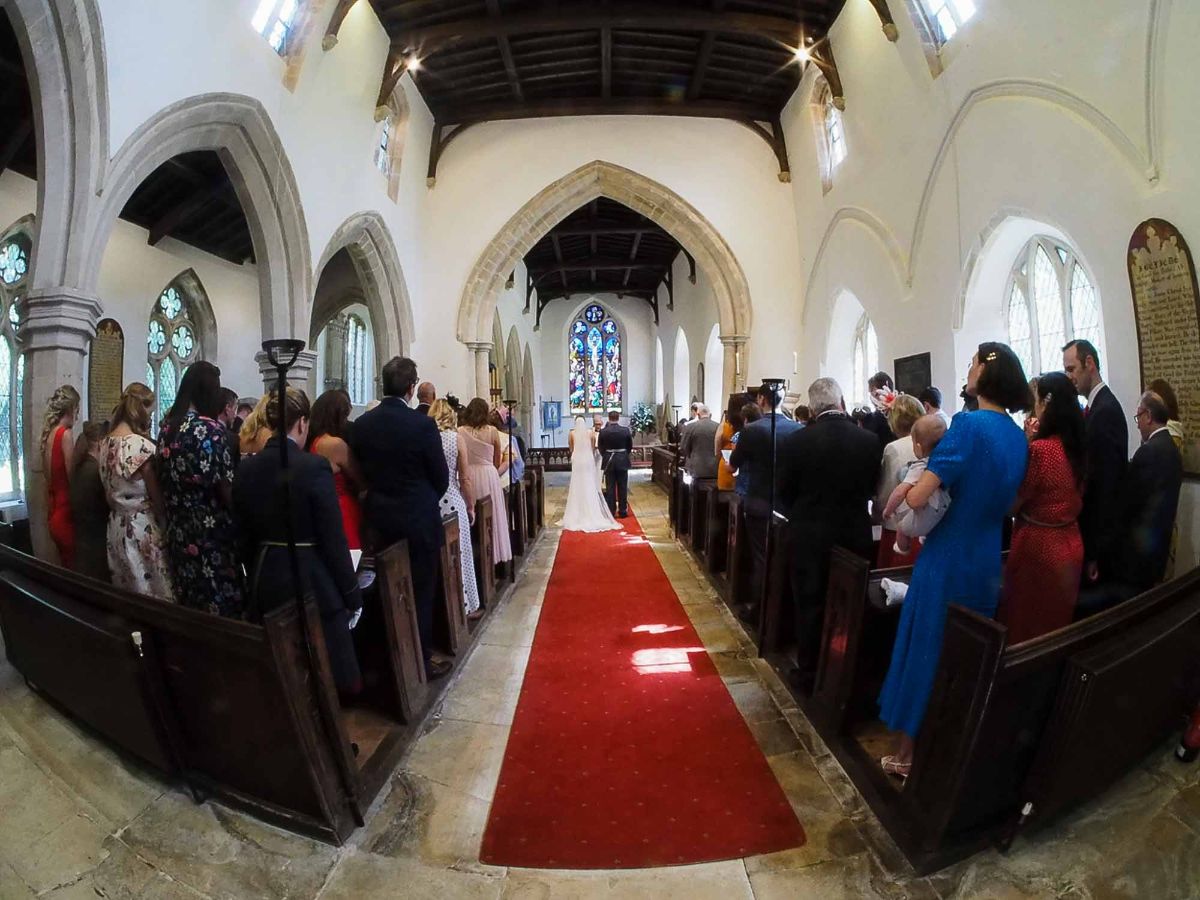 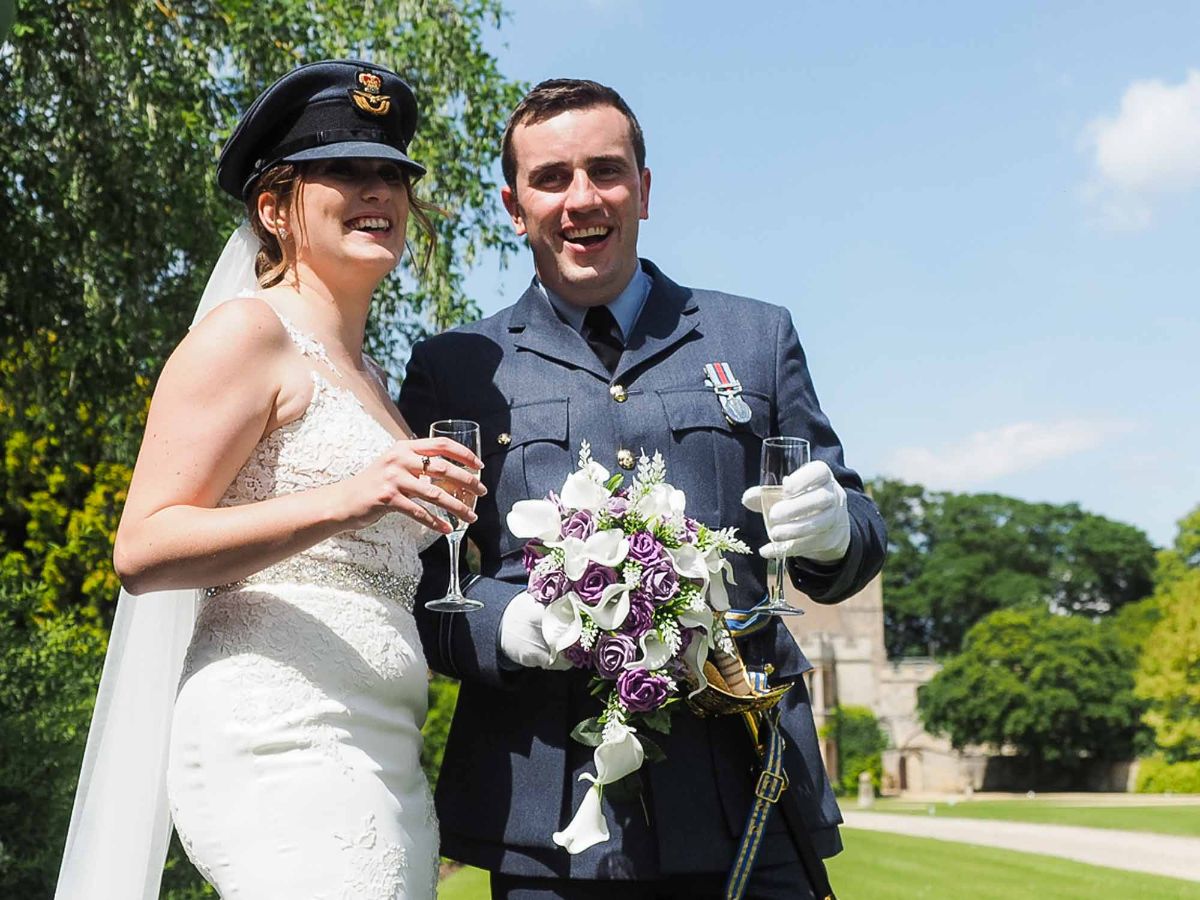 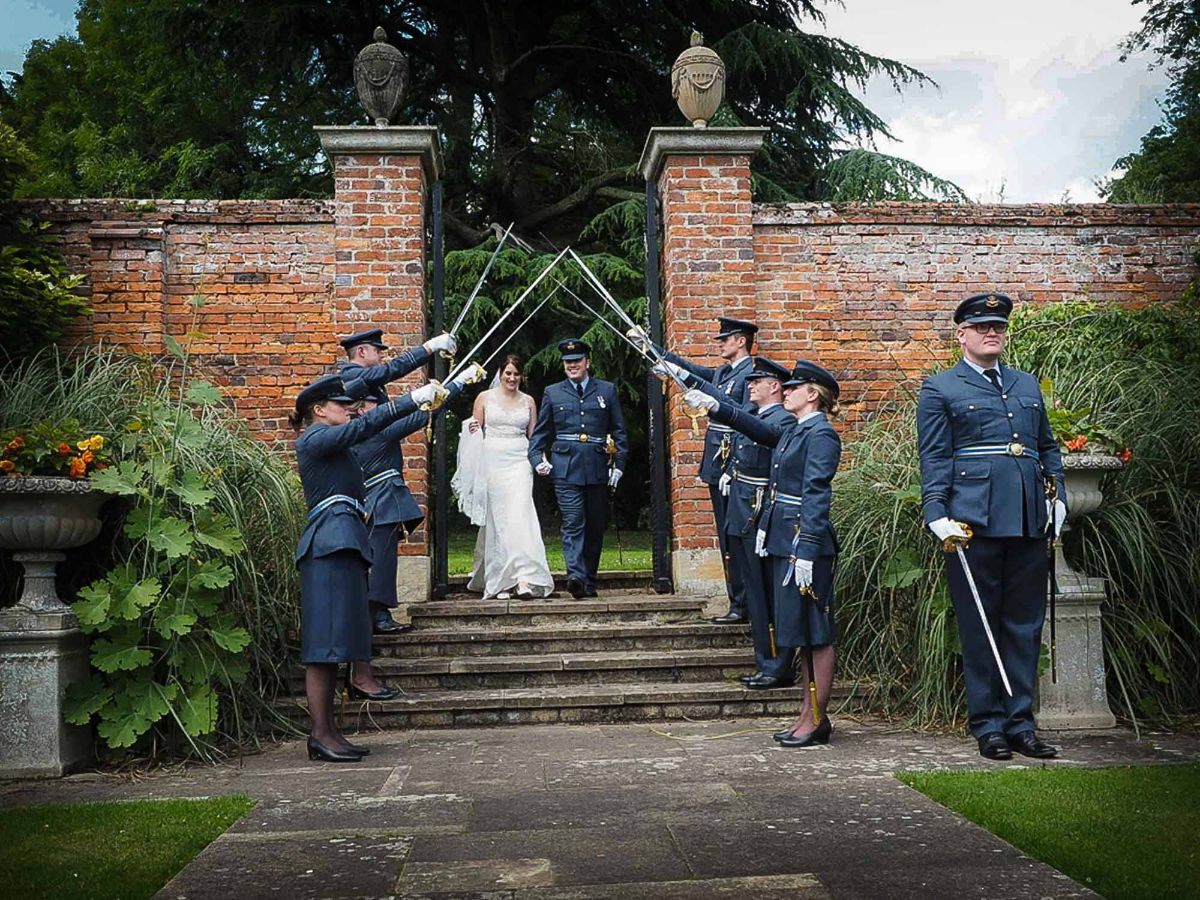 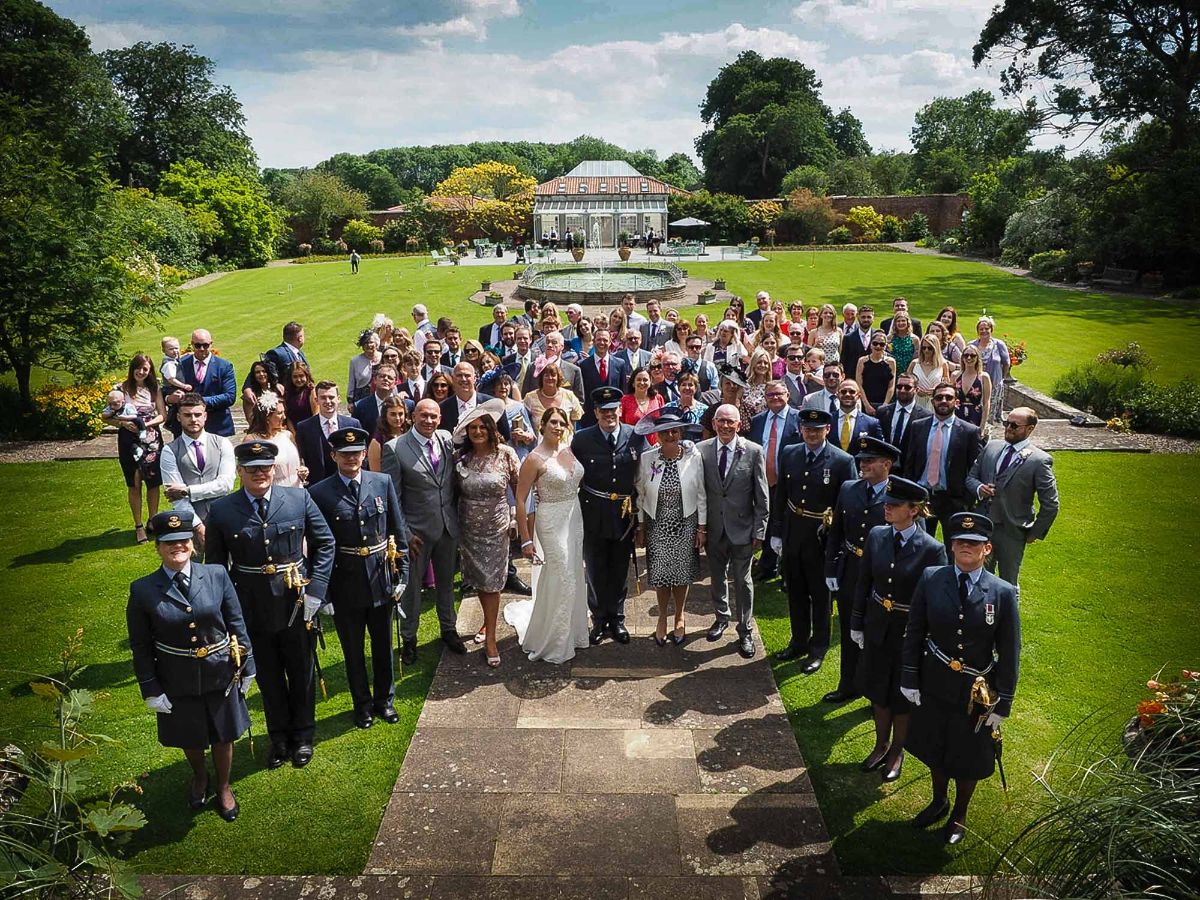 The Gallery for the Real Wedding of Emma & Jo 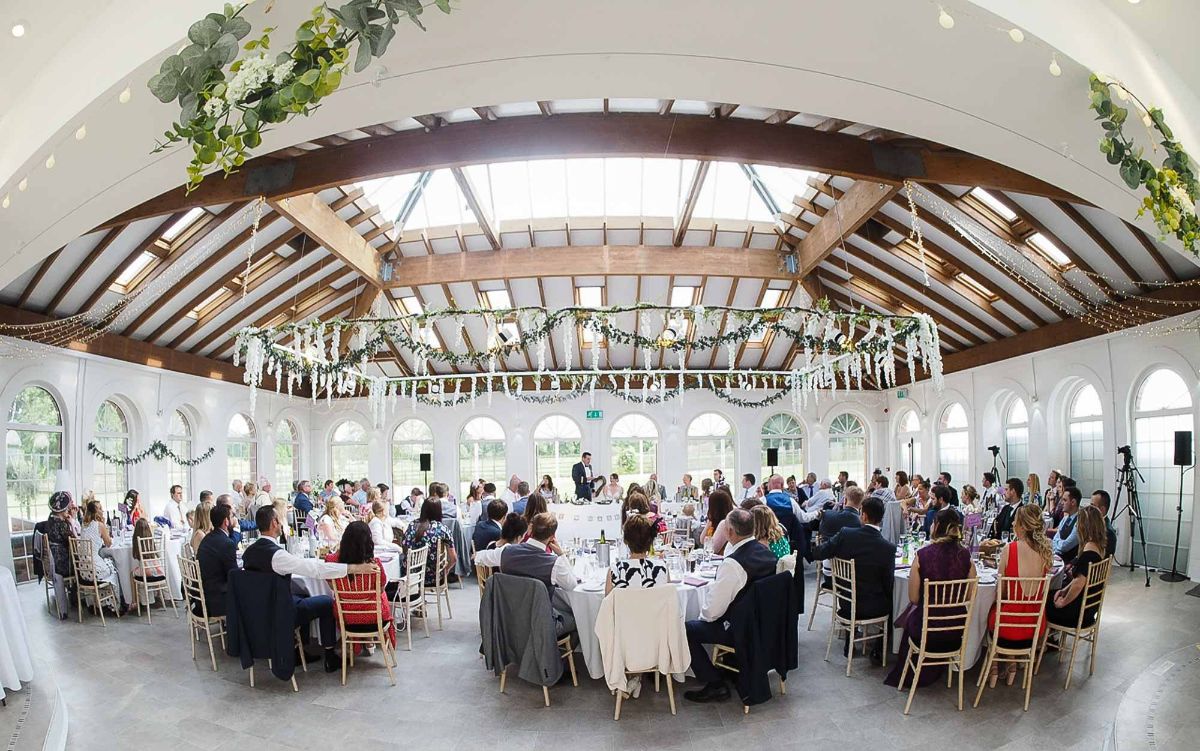 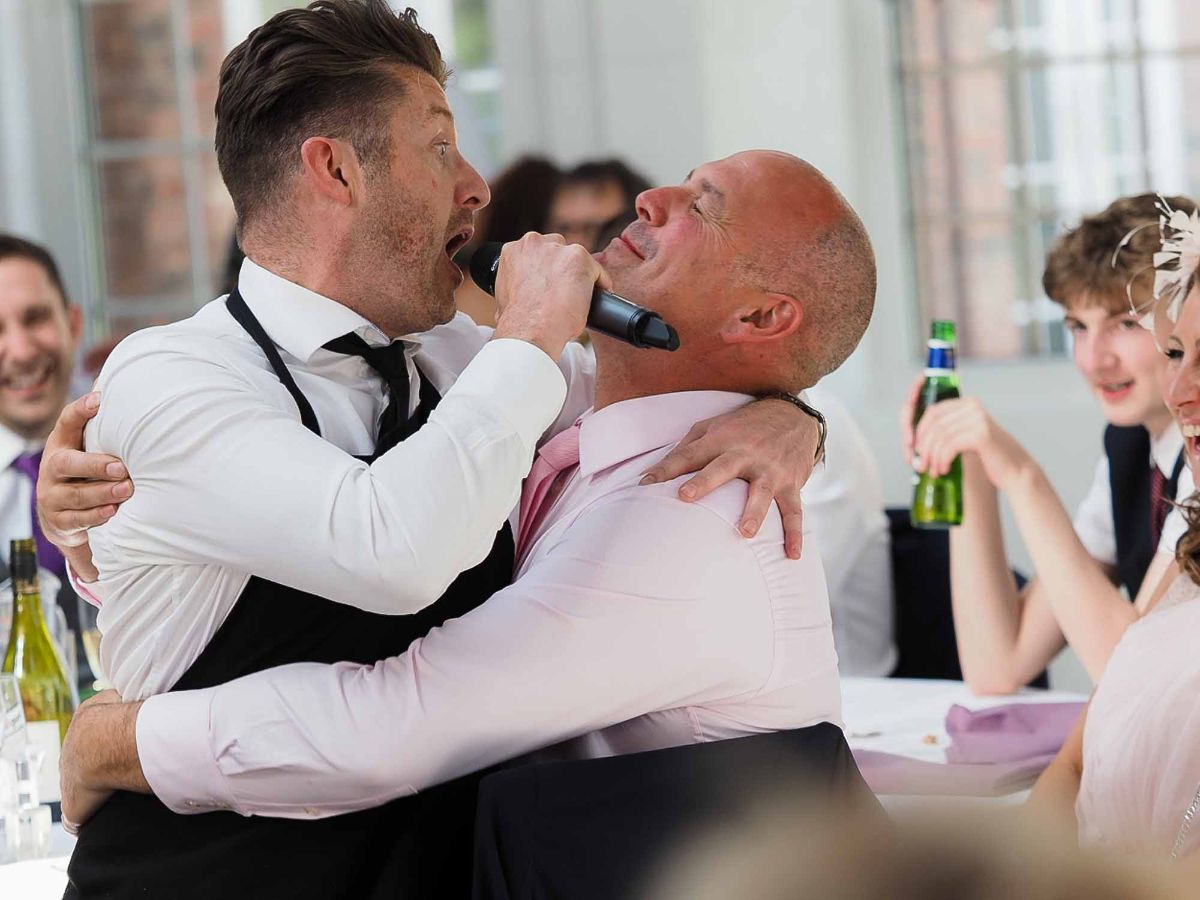 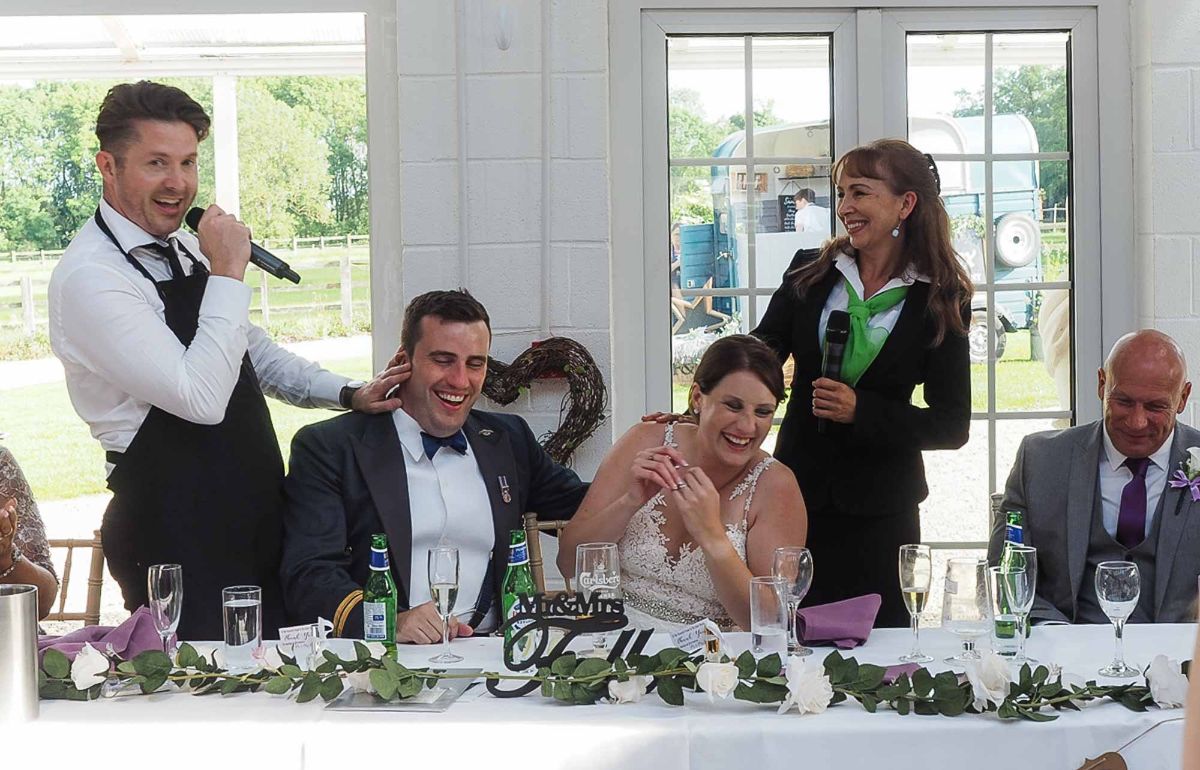 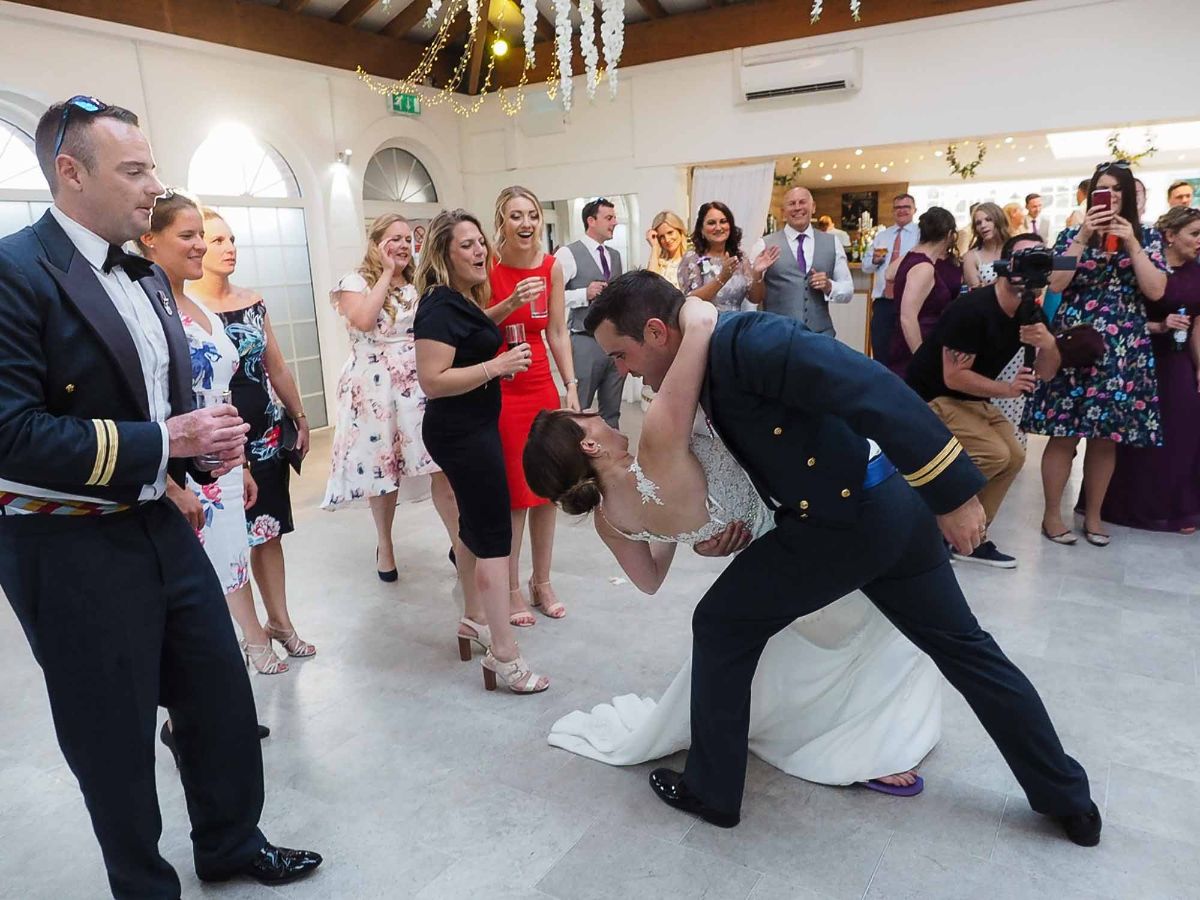 oe and Emma are both in the RAF so there were a lot of guests in their number 1 dress uniform. Always an impressive sight. However, there was much concern when the Reverend Buckman asked the immortal question “if anyone can show just cause why this couple cannot lawfully be joined together in matrimony, let them speak now or forever hold their peace”. When half a dozen military personnel stand up and look threateningly at the congregation …… there were no objections!

After the ceremony Emma, Joe and their guests walked through the grounds of The Hall into the beautiful walled garden for drinks.

As is the custom with a lot of military weddings the uniformed personnel performed the the regal arch of swords ceremony for Emma and Joe to walk through. Great picture taking opportunity!

As a Documentary Wedding Photographer, it’s great to see some of the unique aspects of every wedding unfold. There was boules, swing ball and croquet to play in the garden. All set to the charming music by the Simply Strings Trio

After the photos on the lawn, the guests went back to the Summerhouse at Irnham Hall for their wedding breakfast and speeches.

It was clear to see during the speeches how much Emma and Joe meant not only to each other but also to their friends and family.

The most spectacular highlight – for me at least – was when one of the “waiters” burst into song. The impressive performance from the Singing Waiters Masters swung into action. I won’t spoil the way they operated. But believe me if you want your wedding to be memorable these guys were amazing. The “waitress” was non other than Maria Kesselman who played the part of Christine opposite Michael Crawford in Phantom. Yes the singing was THAT good. It was all that was needed -guests stood on chairs and roared their approval. The party had started and didn’t stop until the small wee hours! 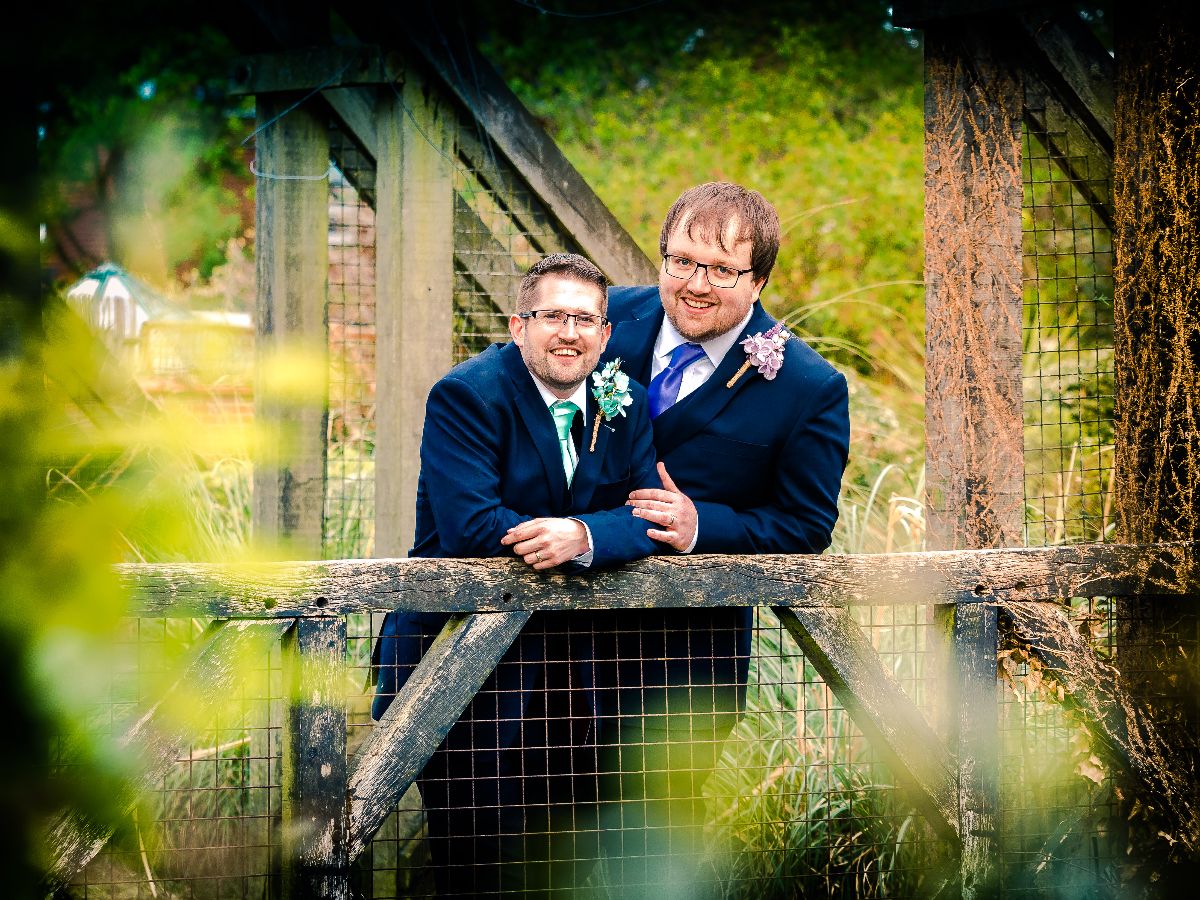 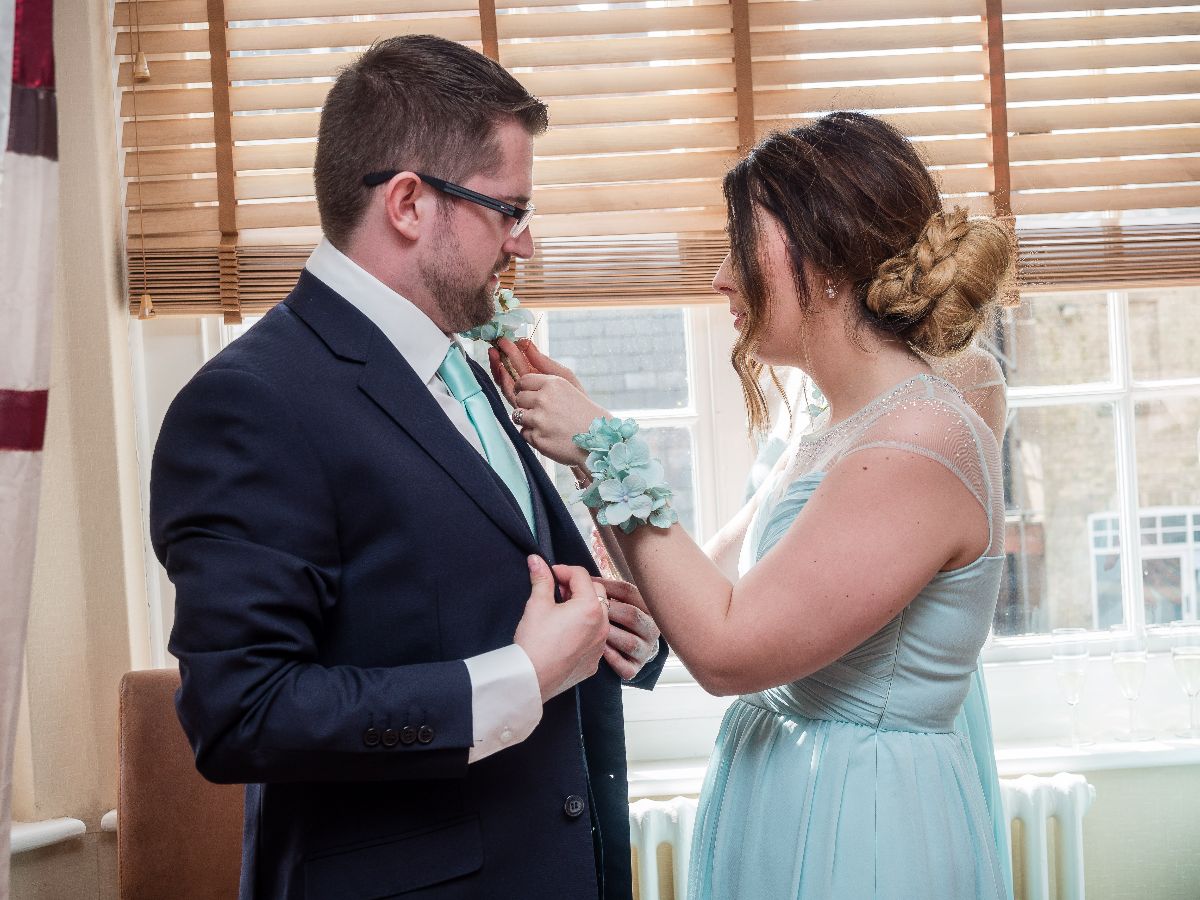 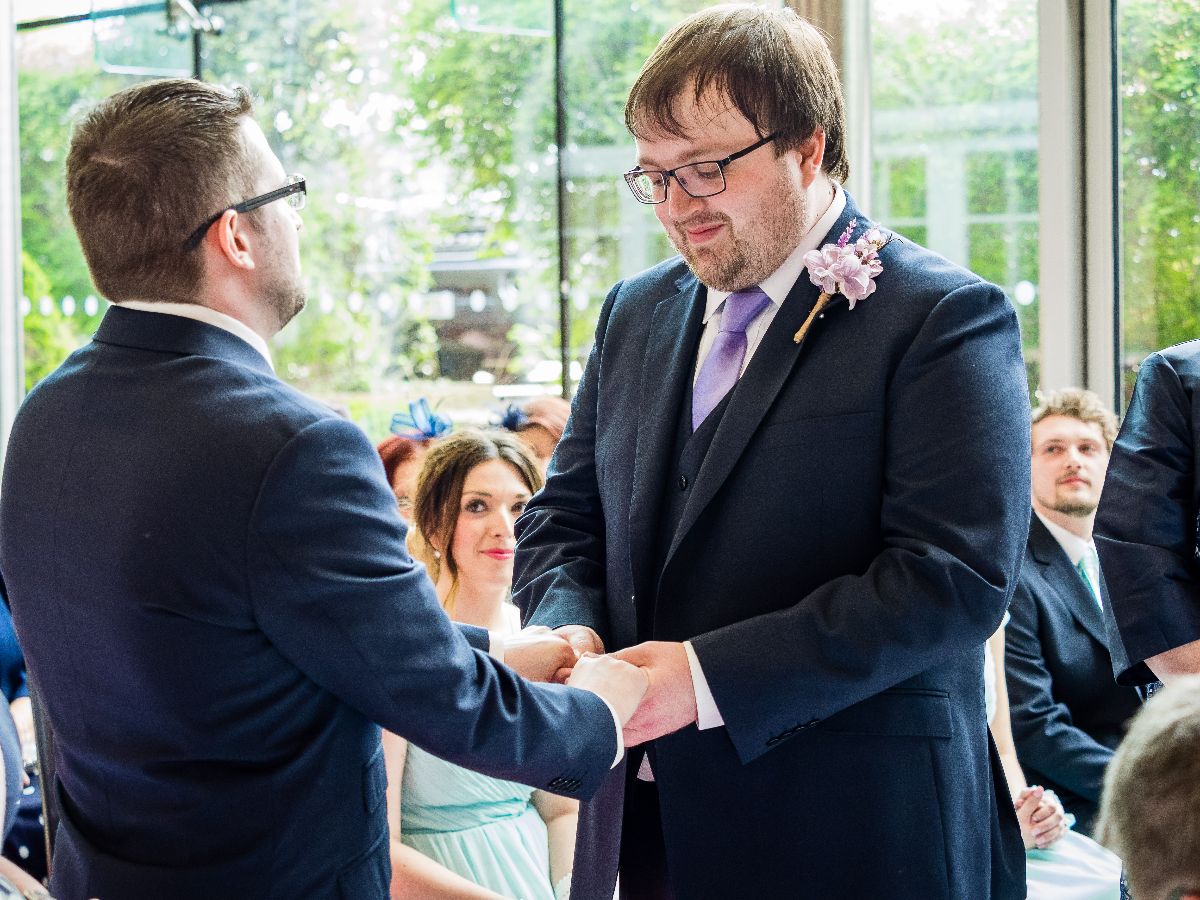 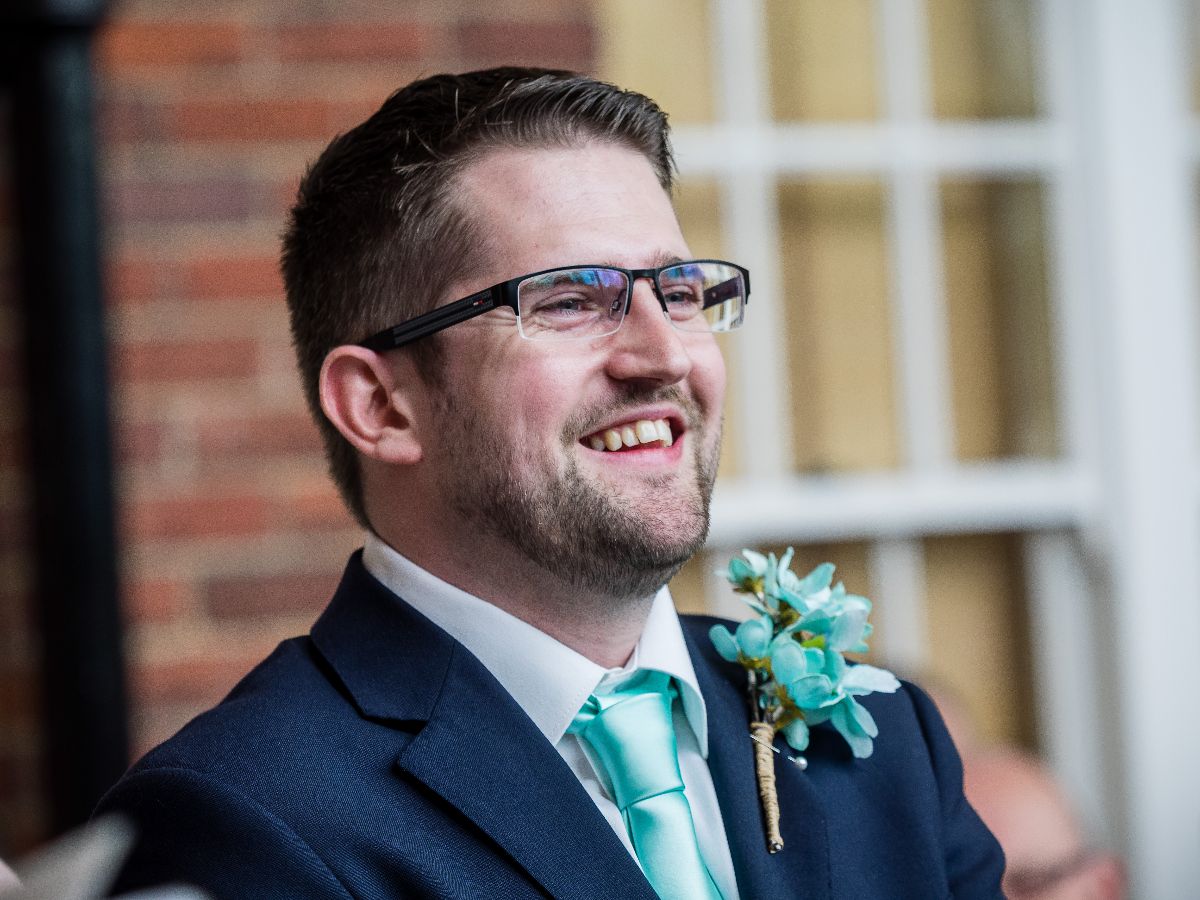