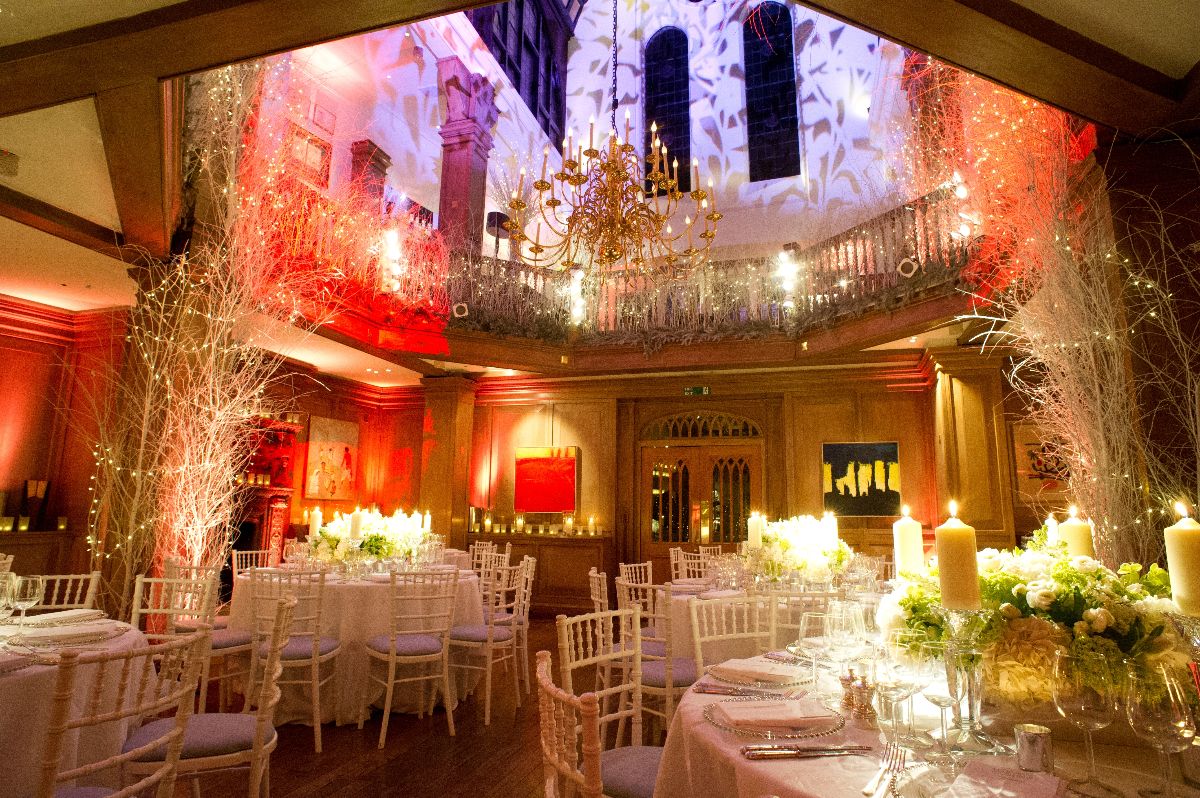 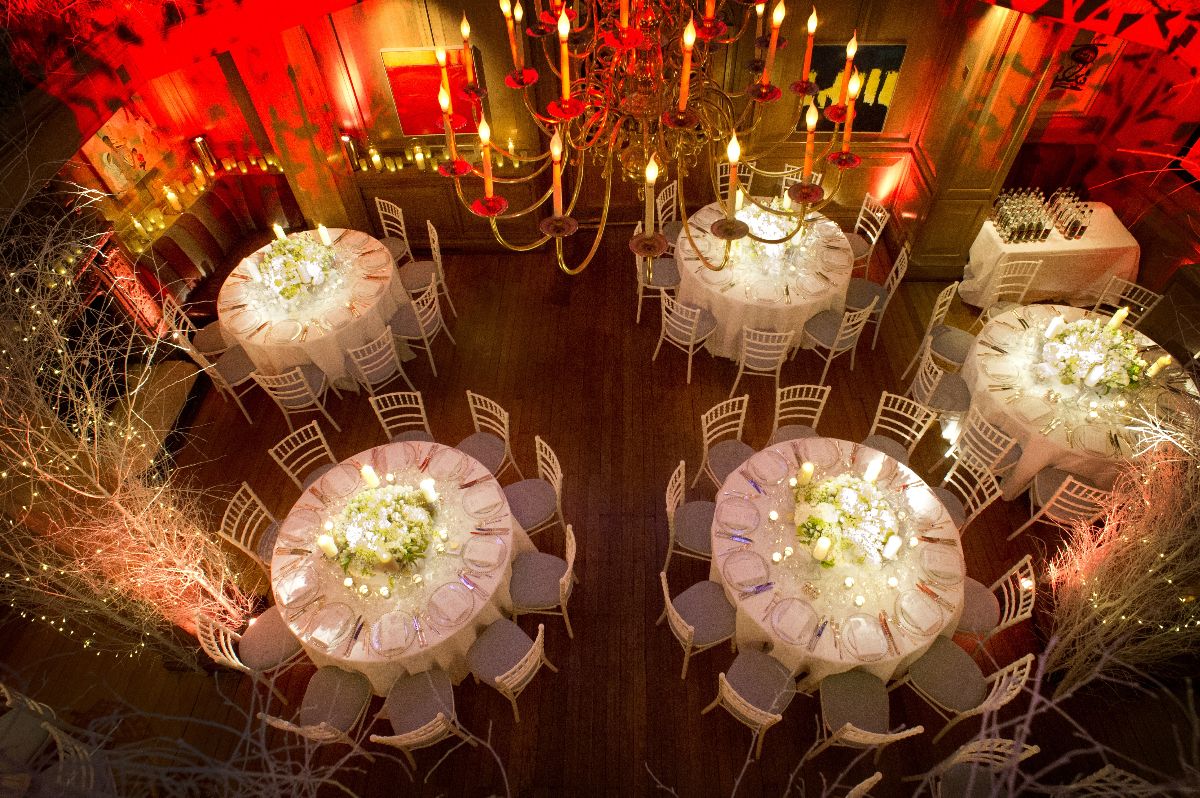 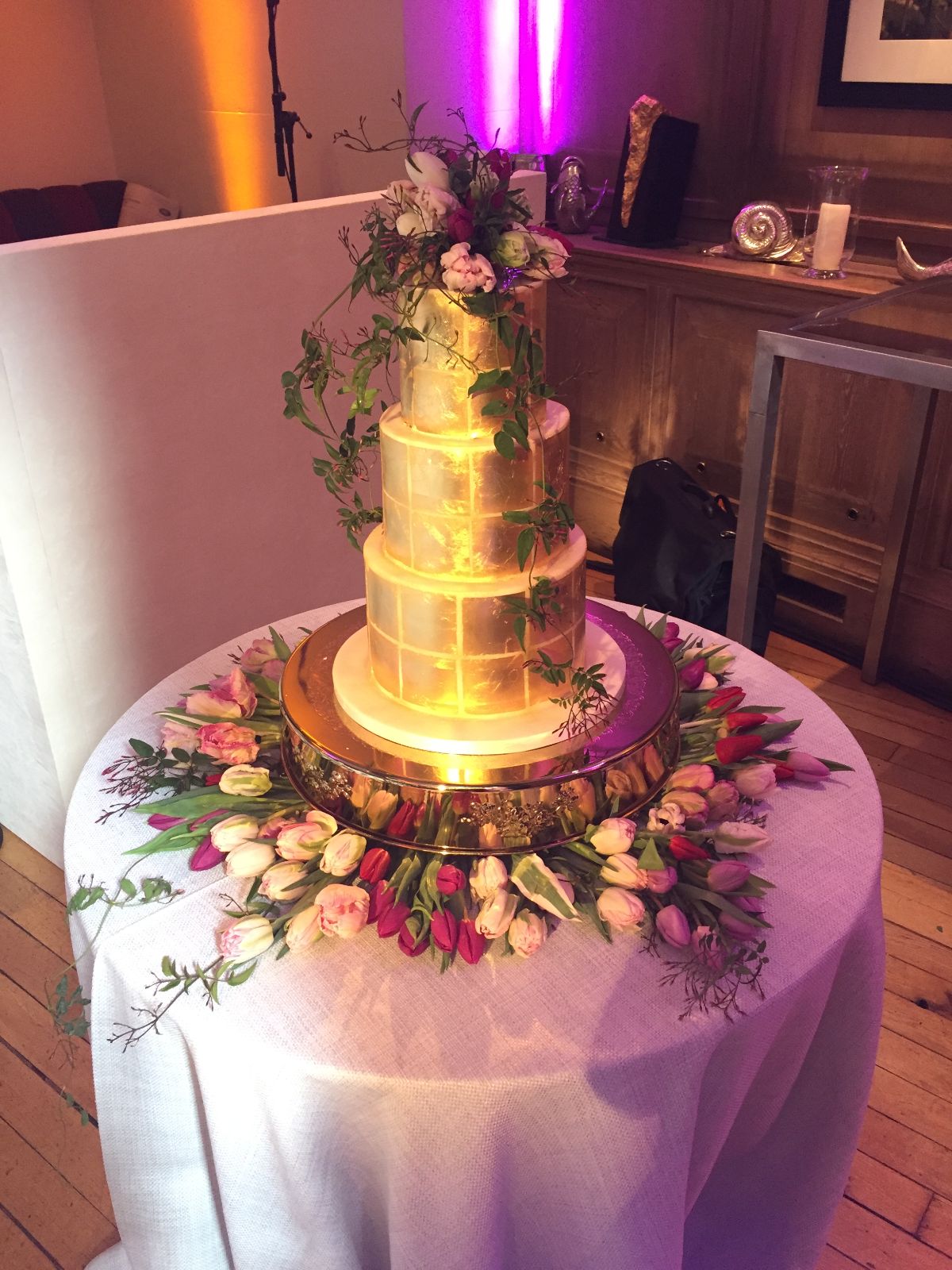 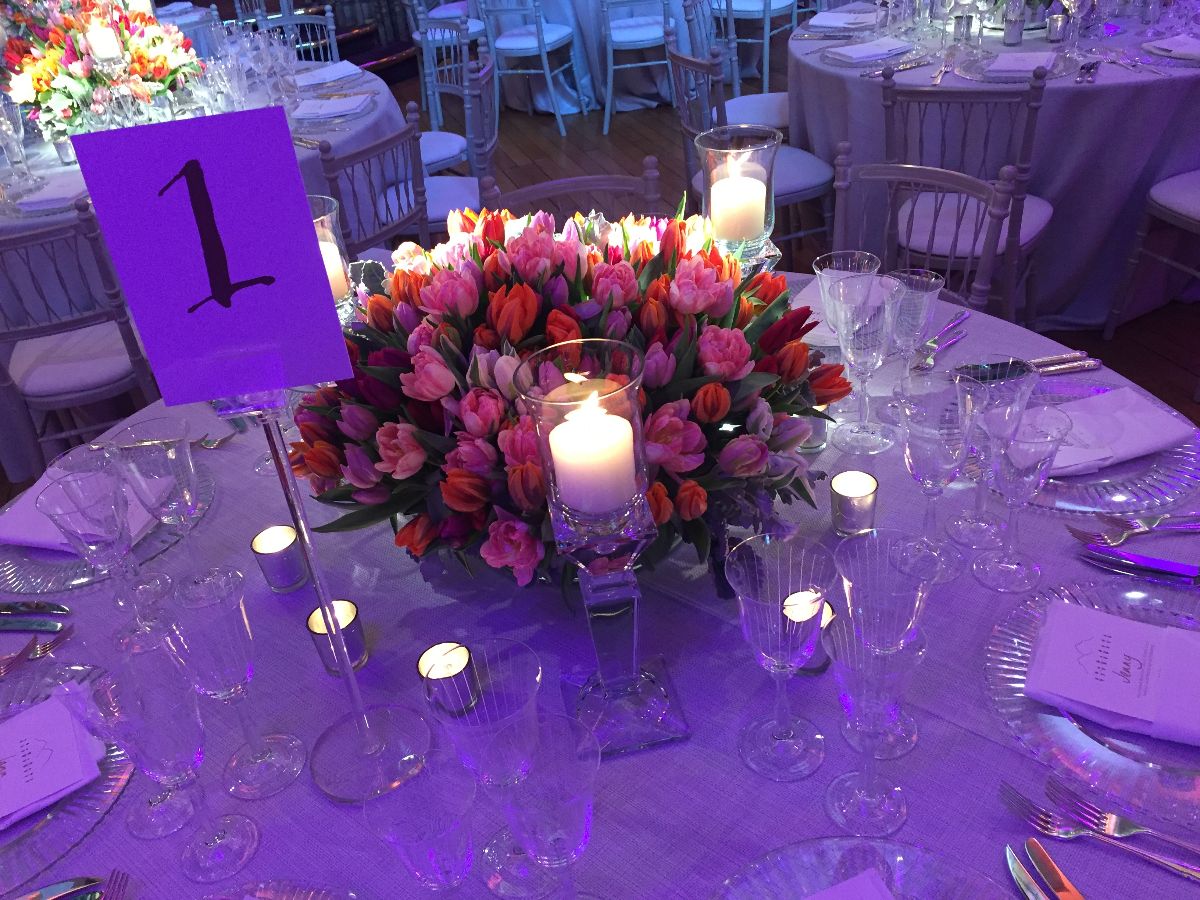 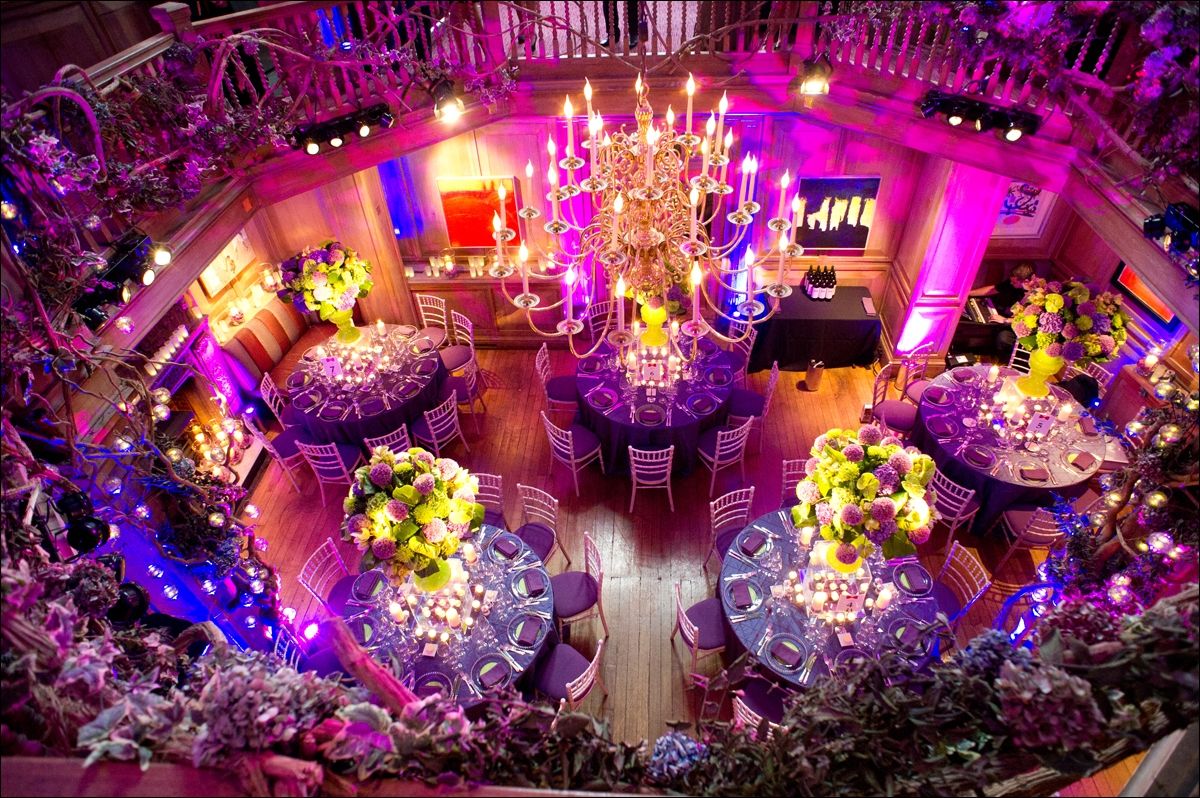 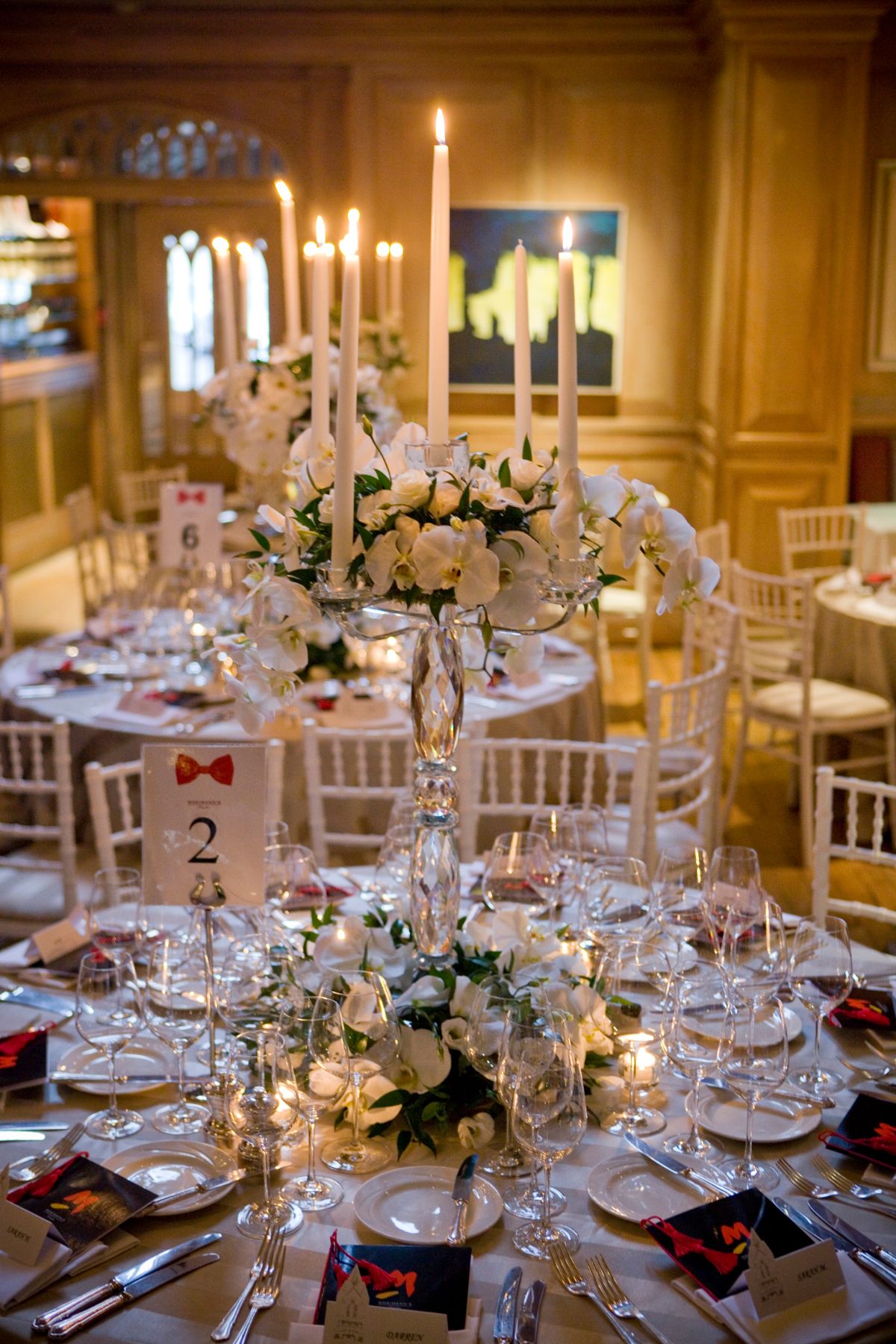 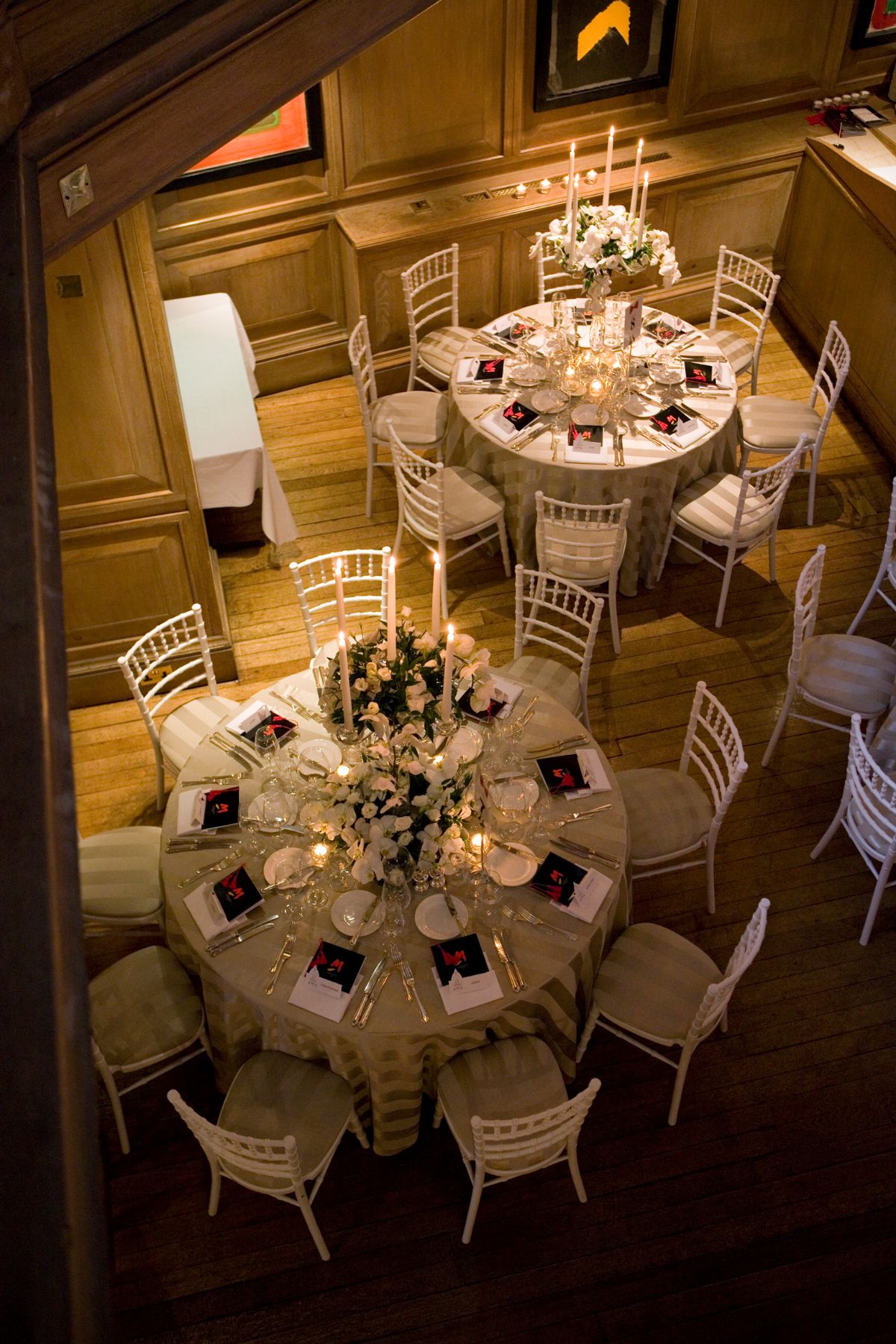 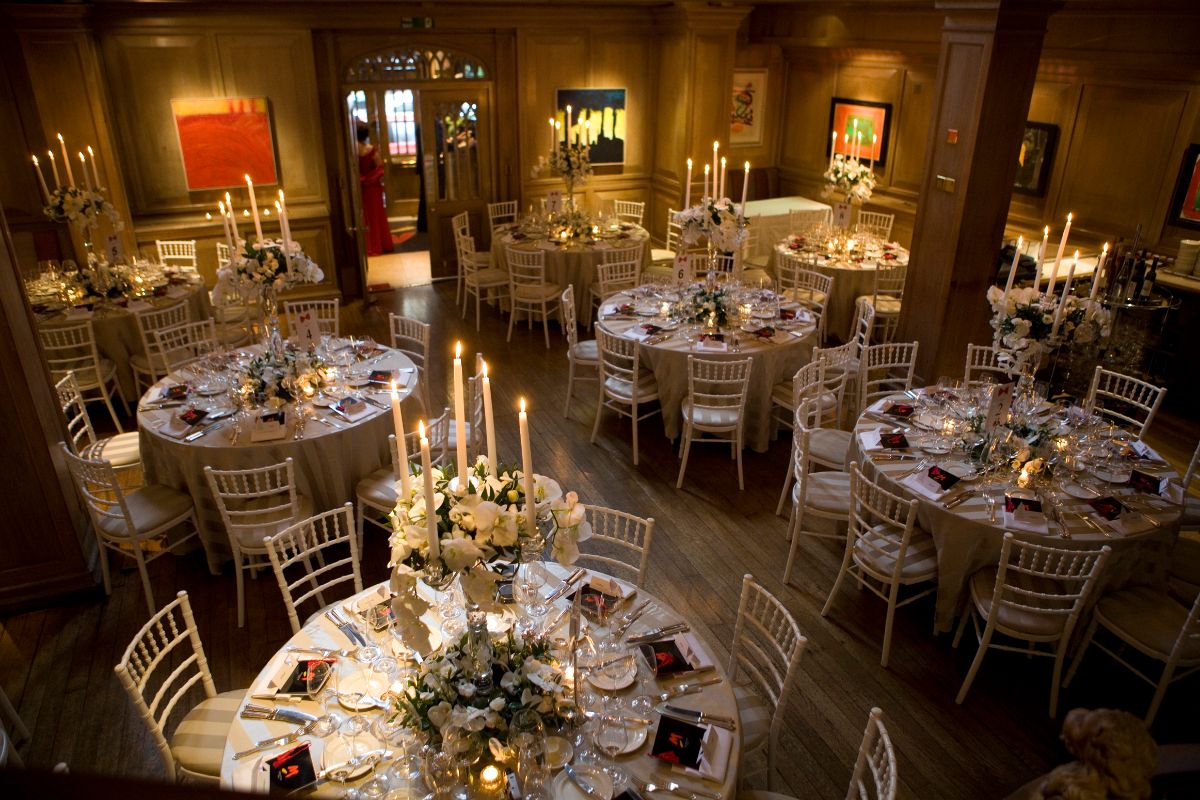 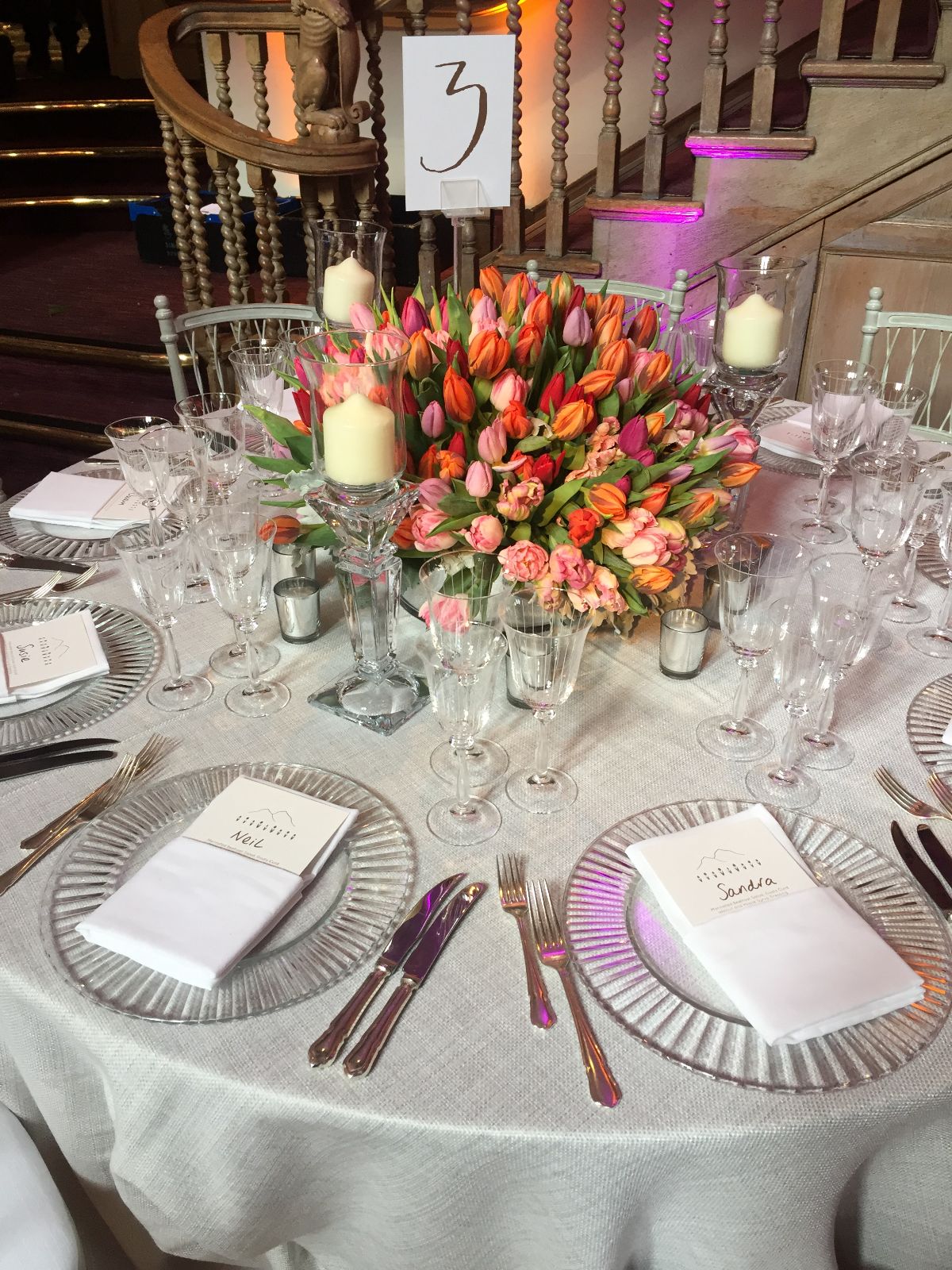 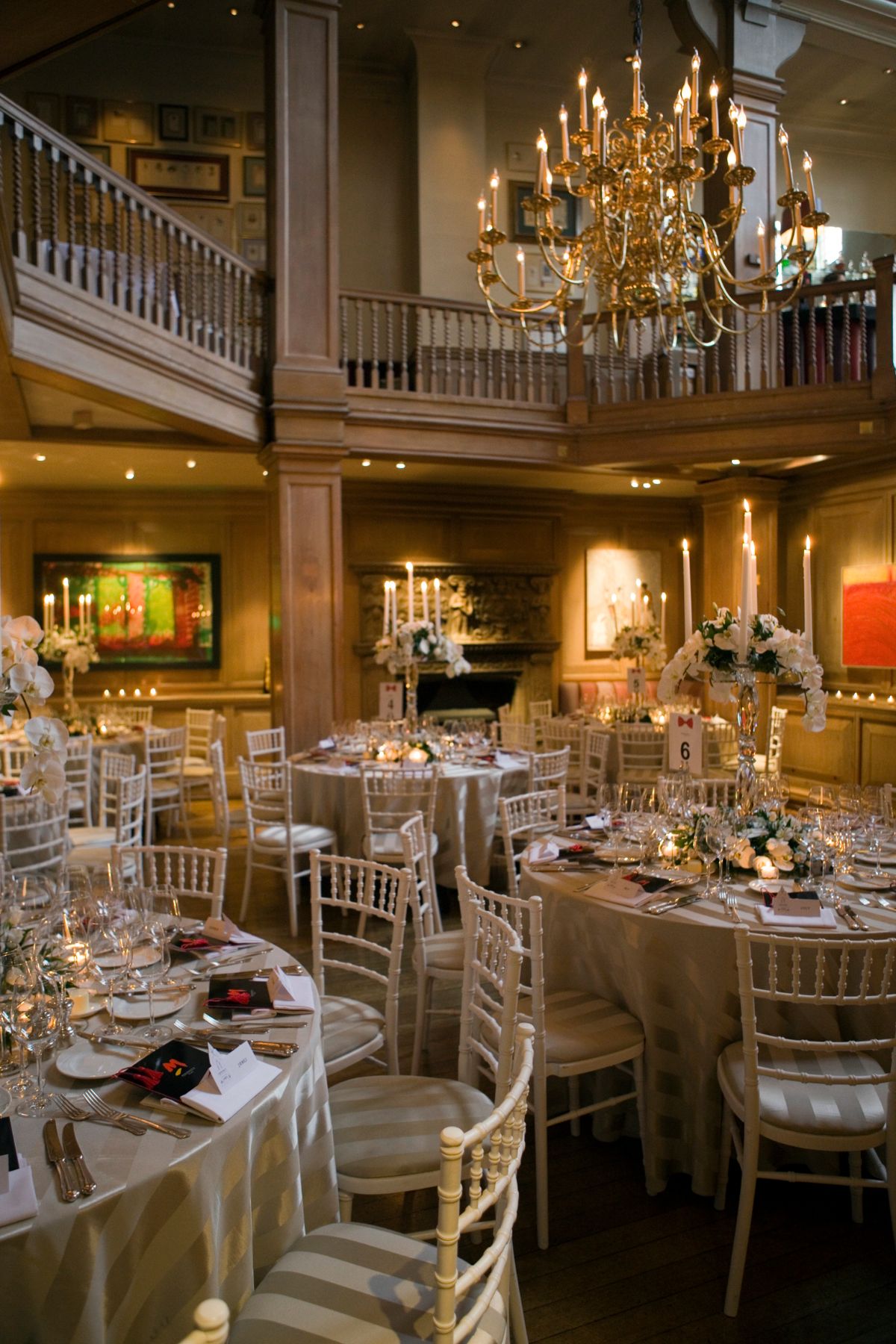 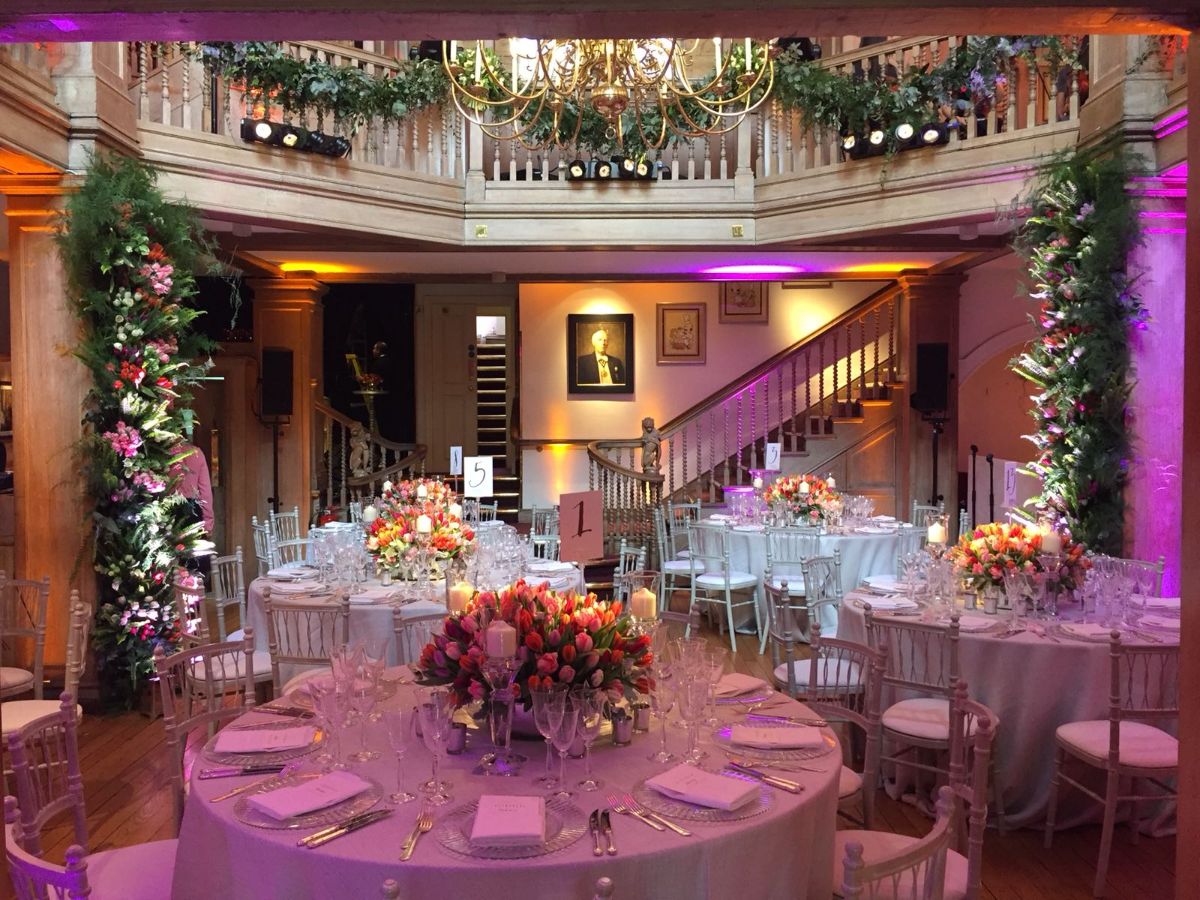 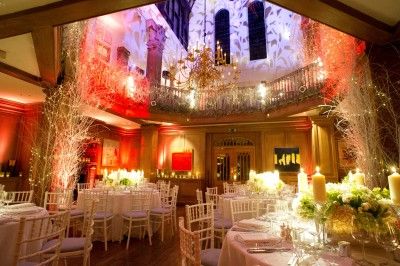 Located in the heart of Belgravia, Mosimann’s Club can cater for up to 110 seated guests and is licensed for late-night entertainment so you can host all the events of your special day under one roof.

The possibilities are endless – how about taking advantage of the club’s license to marry, and its unique ambience and history as a 19th century church, for your wedding ceremony?

Follow on with an intimate afternoon tea for your nearest and dearest, or a splendid cocktail reception with canapés and Champagne. You can also enjoy the exceptional cuisine and service of Mosimann’s anywhere; from the comfort of your own abode to an extensive range of outstanding venues throughout the country and internationally, through Mosimann’s Events and Catering.

The team is on hand to support you through every detail of your plans, making the lead-up as much a pleasure as the event itself.

Headed up by Anton Mosimann OBE, Mosimann’s has been a family-run business for over 30 years. Found in the heart of Belgravia, Mosimann’s Club is one of the most prestigious private dining clubs in the world.

Members come from all over the world to enjoy its exemplary cuisine, wines and bespoke service, set in the luxurious and intimate atmosphere of a stunningly converted nineteenth-century church in the heart of Belgravia, with its relaxed Balcony Bar, grand Main Dining Room and seven private dining rooms.

The Private Dining Rooms are perfect for those seeking an inspiring venue for corporate or personal engagements. Each one is individually sponsored by distinguished brands including Lalique, Bentley and Montblanc, and capacities range from the Montblanc Room – the world’s smallest private dining room for two and popular for marriage proposals – to the Garrard Room seating up to 50 guests. Crucially, guests do not need to be a member to take one of these rooms.

Mosimann started his apprenticeship at a local hotel at the age of 15, and at the age of 25 became one of the youngest chefs to receive the coveted Chef de Cuisine Diploma. At the age of 28, he was appointed Maitre Chef des Cuisines at the Dorchester Hotel in London – the youngest ever to hold this position.

During his 13-year tenure he was awarded two Michelin stars; the first time such an accolade had been given to a hotel restaurant outside of France. In 1988 Mosimann acquired a Scottish Presbyterian Church off Belgrave Square and set about creating Mosimann’s Club.

In 2000, Anton Mosimann received a Royal Warrant of Appointment from HRH The Prince of Wales for catering and today Mosimann’s caters for anything from a quiet dinner for two to a royal banquet for over 1,000 guests – not to mention HM The Queen’s Diamond Jubilee luncheon at Westminster Hall, quickly followed by London 2012 and Sochi 2014 Olympics.
Anton Mosimann’s sons, Philipp and Mark, joined the business in 2007 as joint Managing Directors of the firm. Philipp joined Mosimann’s after three years in Switzerland, where he was Chief Operating Officer for Movenpick Restaurants overseeing their 22 restaurants in Germany and Switzerland. Mark joined Mosimann’s after four years in Shanghai where, as the General Manager of the highly-regarded Laris restaurant at the prestigious Three on the Bund complex, he took the company from pre-opening to winning the 2005 and 2006 “Best Restaurant of the Year.”

Together, the Mosimann family has created London’s best kept secret: an exclusive but intimate atmosphere where you’d like to take not only your most important guests but your loved ones too.

Up to 200
Mosimann’s has a 30 year track-record of influencing British culinary tastes and holds the Royal Warrant for its world-class catering services. The club is set in the luxurious and intimate atmosphere of a stunningly-converted 19th century church and has a relaxed balcony bar, grand dining room, and seven unique private dining rooms. The family business is led by Anton Mosimann OBE, chef for HRH Duke and Duchess of Cambridge’s wedding dinner. Mosimann’s has previously catered at several high profile events including the 2008 Beijing Olympics and London 2012 Olympics, and has gained a reputation for its ‘passion for excellence’. Mosimann’s Club can cater for up to a hundred seated guests The venue is also licensed for late-night entertainment Reception Capacity ( Indoor / Outdoor ) : 200Seated Dining Capacity ( Indoor or Outdoor ) : 110Bridal Suite : No Bridal SuiteHistoricNo of Weddings Hosted : Number of Weddings Hosted - Betwen 30 and 50 Location : In The City View More
Nearest Train Station : VictoriaChurch Within Walking DistanceUnique Wedding VenueAffordableUnusualFormalIntimate View Less

This supplier doesn't currently have any Reviews. Be the first to submit a Review for Mosimann's. 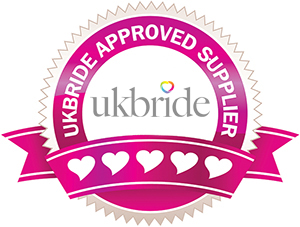 Congratulations on taking the next step towards your dream day! I'll be here to answer any questions you may have in the run-up to your special day, take you on a tour of our venue and facilities and help coordinate your big day should you choose to have your wedding with us.

By clicking "Send Reply" you agree to your contact details being passed on to this supplier.